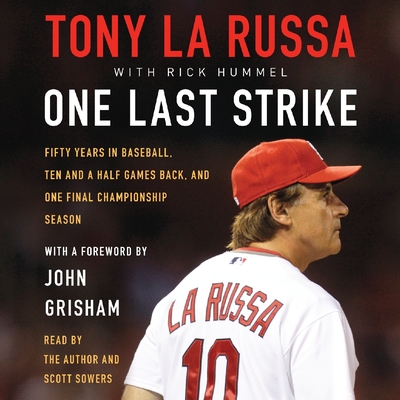 After thirty-three seasons managing in Major League Baseball, Tony La Russa thought he had seen it all—that is, until the 2011 Cardinals. Down ten and a half games with little more than a month to play, the Cardinals had long been ruled out as serious postseason contenders. Yet in the face of those steep odds, ...

Tony La Russa managed the St. Louis Cardinals from 1996 to 2011, as well as the Oakland A's and the Chicago White Sox. He has three World Series wins, six league championships, and five Manager of the Year awards, and is ranked third in all-time major league wins. He and his wife, Elaine, founded the Tony La Russa Animal Rescue Foundation in Walnut Creek, California. They have two daughters, Bianca and Devon.

Rick Hummel has covered baseball for the St. Louis Post-Dispatch for forty years. A former president of the Baseball Writers Association of America, he has received numerous awards for his writing and has been honored by the National Baseball Hall of Fame and the Missouri Sports Hall of Fame.