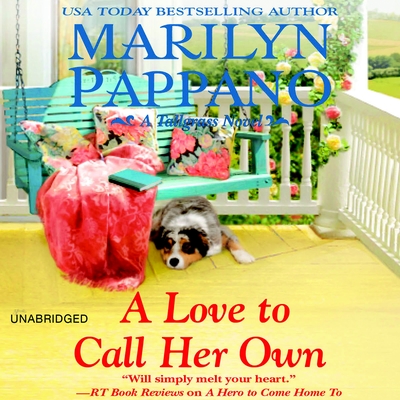 It's been two years since Jessy Lawrence lost her husband in Afghanistan, and she's never fully recovered. Drowning her sorrows didn't help, and neither did the job she'd hoped would give her a sense of purpose. Now trying to rebuild her life, she finds solace in her best friends, fellow military wives who understand what it's like to love-and lose-a man in uniform . . . and the memory of one stolen night that makes her dream of a second chance at love.

Dalton Smith has known more than his fair share of grief. Since his wife's death, he revels in the solitude of his cattle ranch. But try as he might, he can't stop thinking about the stunning redhead and the reckless, passionate night they shared. He wasn't ready before, but Dalton sees now that Jessy is the only woman who can mend his broken heart. So how will he convince her to take a chance on him?

"Pappano shines in this poignant tale of love, loss, and learningto love again. [She] creates achingly real characters whose struggles will bring readers to tears."
--- Publisher's Weekly (starred review) on A Hero to Come Home To
"Pappano's latest is a touching story about loss, love and acceptance. Tender to the core, her story is filled with heartwarming characters who you can't help but fall in love with, and she tells their stories candidly and poignantly. The ending will simply melt your heart."
--- RT Book Reviews on A Hero to Come Home To