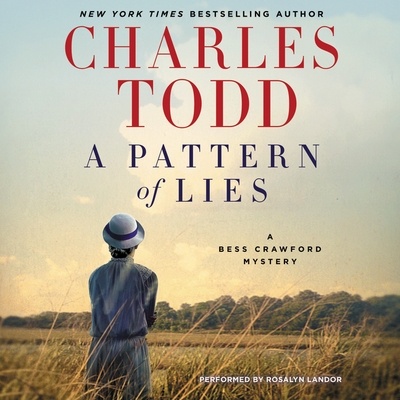 A horrific explosion at a gunpowder mill sends Bess Crawford to war-torn France to keep a deadly pattern of lies from leading to more deaths, in this compelling and atmospheric ...

A horrific explosion at a gunpowder mill sends Bess Crawford to war-torn France to keep a deadly pattern of lies from leading to more deaths, in this compelling and atmospheric mystery from the New York Times bestselling author of A Question of Honor and An Unwilling Accomplice.

An explosion and fire at the Ashton Gunpowder Mill in Kent has killed over a hundred men. It’s called an appalling tragedy—until suspicion and rumor raise the specter of murder. While visiting the Ashton family, Bess Crawford finds herself caught up in a venomous show of hostility that doesn’t stop with Philip Ashton’s arrest. Indeed, someone is out for blood, and the household is all but under siege.

The only known witness to the tragedy is now at the Front in France. Bess is asked to find him. When she does, he refuses to tell her anything that will help the Ashtons. Realizing that he believes the tissue of lies that has nearly destroyed a family, Bess must convince him to tell her what really happened that terrible Sunday morning. But now someone else is also searching for this man.

To end the vicious persecution of the Ashtons, Bess must risk her own life to protect her reluctant witness from a clever killer intent on preventing either of them from ever reaching England.