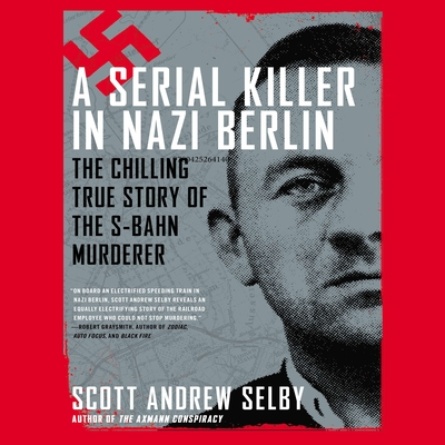 This is the true story of the pursuit and capture of a serial killer in the heart of the Third Reich.

For all appearances, Paul Ogorzow was a model German. An employed family man, party member, and sergeant in the infamous Brownshirts, he had worked his way up in the Berlin railroad from a manual laborer laying track to assistant signalman. But he also had a secret need to harass and frighten women. Then he was given a gift from the Nazi high command.

Due to Allied bombing raids, a total blackout was instituted throughout Berlin, including on the commuter trains-trains often used by women riding home alone from the factories.

Under cover of darkness and with a helpless flock of victims to choose from, Ogorzow's depredations grew more and more horrific. He escalated from simply frightening women to physically attacking them, eventually raping and murdering them. Beginning in September 1940, he started casually tossing their bodies off the moving train. Though the Nazi party tried to censor news of the attacks, the women of Berlin soon lived in a state of constant fear.

It was up to Wilhelm Lüdtke, head of the Berlin police's serious crimes division, to hunt down the madman in their midst. For the first time, the gripping full story of Ogorzow's killing spree and Lüdtke's relentless pursuit is told in dramatic detail.