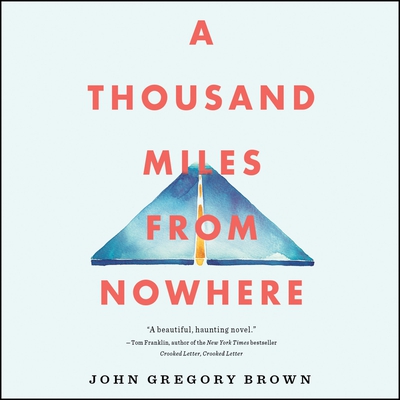 "You have lost everything, yes?"

Everything? Henry thought; he considered the word. Had he lost everything?


Fleeing New Orleans as Hurricane Katrina approaches, Henry Garrett is haunted by the ruins of his marriage, a squandered inheritance, and the teaching job he inexplicably quit. He pulls into a small Virginia town after three days on the road, hoping to silence the ceaseless clamor in his head. But this quest for peace and quiet as the only guest at a roadside motel is destroyed when Henry finds himself at the center of a bizarre and violent tragedy. As a result, Henry winds up stranded at the ramshackle motel just outside the small town of Marimore, and it's there that he is pulled into the lives of those around him: Latangi, the motel's recently widowed proprietor, who seems to have a plan for Henry; Marge, a local secretary who marshals the collective energy of her women's church group; and the family of an old man, a prisoner, who dies in a desperate effort to provide for his infirm wife.

For his previous novels John Gregory Brown has been lauded for his "compassionate vision of human destiny" as well as his "melodic, haunting, and rhythmic prose." With A Thousand Miles from Nowhere, he assumes his place in the tradition of such masterful storytellers as Flannery O'Connor and Walker Percy, offering to readers a tragicomic tour de force about the power of art and compassion and one man's search for faith, love, and redemption.

"John Gregory Brown is a writer I've long admired, and this new novel is his best book yet. A Thousand Miles from Nowhere is a marvelous depiction of one man's stumbling journey from despair toward a hard-won redemption."--Ron Rash

"A soulful musing on art, love and sanity, and on art's power to redeem. A beautiful, haunting novel."--Tom Franklin, bestselling author of Crooked Letter, Crooked Letter

"Populated by likable and believable characters, an affectionate, understated approach to questions of sanity, survival, and redemption."- Kirkus

"Brown's ambition and achievement in Audubon's Watch lie in the sensual effects of his ornate, overripe language... It's a brazen performance that few authors would have the skill or courage to risk."
—New York Times Book Review

"It is a rare sensation to encounter an American novel so concerned with the beauty of language and focused on the moral topography of love; these concerns give Audubon's Watch its fundamental strength."
—Chicago Tribune

"Grace is the main course special here. It comes with a serving of greatness and a side of grit, with all the essential condiments: wit, soul, and heart. A new kind of road novel for a new South: Brown is a storyteller I'd follow anywhere."—Elisa Albert, author of After Birth
"John Gregory Brown is an engaging, highly readable, and compassionate storyteller. Now he proves himself a masterly architect of plot, narrative, and theme in Audubon's Watch... Breathtaking, compelling, and infinitely rewarding."
—Arkansas Democrat-Gazette