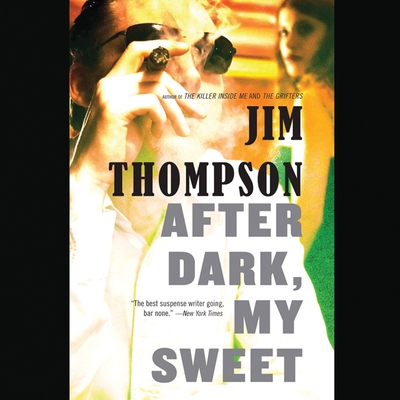 One afternoon he meets Fay, a beautiful young widow. She is smart and decent--at least when she's sober.

Soon Collins finds himself involved in a kidnapping scheme that goes drastically wrong almost before it even begins. Because the kid they've picked up isn't like other kids: he's diabetic and without insulin, he'll die. Not the safest situation for Collins, a man for whom stress and violence have long gone hand-in-hand.

After Dark, My Sweet once again displays Jim Thompson as the undisputed master of American noir. The basis of James Foley's critically acclaimed film of the same name, with the sweep of an epic tragedy, Thompson's classic limns the dangerous territory of honest people all-too-easily sucked into wickedness, with no way out but down.

"The master of the American groin-kick novel."—Vanity Fair
"My favorite crime novelist-often imitated but never duplicated."—Stephen King
"The most hard-boiled of all the American writers of crime fiction."—Chicago Tribune
"If Raymond Chandler, Dashiell Hammett and Cornell Woolrich would have joined together in some ungodly union and produced a literary offspring, Jim Thompson would be it...His work...casts a dazzling light on the human condition."—Washington Post
"The best suspense writer going, bar none."—The New York Times
"Like Clint Eastwood's pictures it's the stuff for rednecks, truckers, failures, psychopaths and professors ... one of the finest American writers and the most frightening, [Thompson] is on best terms with the devil. Read Jim Thompson and take a tour of hell."—The New Republic