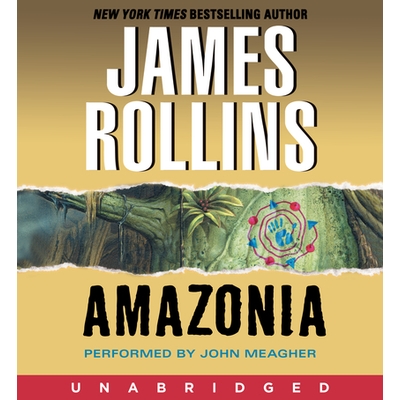 When Agent Gerald Clark, CIA operative and former special forces soldier, stumbles out of the Amazon into a small missionary village and dies, the CIA is baffled. Agent Clark had ...

When Agent Gerald Clark, CIA operative and former special forces soldier, stumbles out of the Amazon into a small missionary village and dies, the CIA is baffled. Agent Clark had only one arm when he first came to the Amazon, but the photograph of him submitted by a Brazilian morgue shows a corpse with two upper limbs fully intact.

Nathan Rand has made the Amazon region his home since his father led a scientific mission into the lush green wilderness and never returned -- the some doomed expedition that took Gerald Clark into the jungle. Now the government wants Note to follow the elder Rand's trail, accompanied by a team of scientists and a phalanx of experienced U.S. Rangers.

There are undreamed -- of perils in this breathtaking world where devouring insects rule, diseases unknown to modern science flourish, and rivers teem with flesh-eating predators. As Nate and his party push deeper, toward places no human has ever entered, they are haunted by an ugly truth that cannot be dismissed and, perhaps, will not be survived: They are being stalked.

Soon, madness, terror, and horrific death descend upon the second cursed Rand expedition and those still living are forced to confront a power beyond human imagining -- one that can forever alter the world beyond the dark, lethal confines of the Amazon rainforest for better...and for worse.