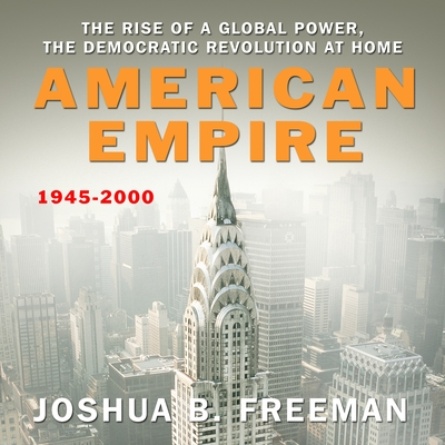 In this landmark work, acclaimed historian Joshua Freeman has created an epic portrait of a nation both galvanized by change and driven by conflict. Beginning in 1945, the economic juggernaut awakened by World War II transformed a country once defined by its regional character into a uniform and cohesive power and set the stage for the United States' rise to global dominance. Meanwhile, Freeman locates the profound tragedy that has shaped the path of American civic life, unfolding how the civil rights and labor movements worked for decades to enlarge the rights of millions of Americans, only to watch power ultimately slip from individual citizens to private corporations. Moving through McCarthyism and Vietnam, from the Great Society to Morning in America, Joshua Freeman's sweeping story of a nation's rise reveals forces at play that will continue to affect the future role of American influence and might in the greater world.