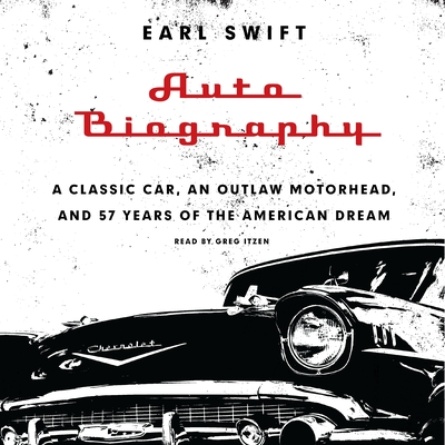 An unforgettable ode to American car culture, award-winning author Earl Swift's wise, funny, and captivating narrative follows an outlaw-genius motorhead as he attempts to restore an iconic 1957 Chevy from ...

An unforgettable ode to American car culture, award-winning author Earl Swift's wise, funny, and captivating narrative follows an outlaw-genius motorhead as he attempts to restore an iconic 1957 Chevy from rusted-out wreck to gleaming, chromed work of American art—before the FBI closes in

A classic '57 Chevy, in wretched shape: Its surviving paint is sun-bleached, salt-pocked, and cracked like a dry lakebed. Its engine hasn't turned over in years. Slumped among hundreds of other rusting hulks on a windswept patch of eastern North Carolina, the Chevy evokes none of the Jet Age optimism that made it the most beloved and instantly recognizable car to ever roll off an assembly line.

But for its unlikely rescuer—a felon arrested seventy-odd times, and a man who's been written off as a ruin himself—the Chevy isn't junk, it's a fossil of the twentieth-century American experience, of a people devoted to and forever changed by the automobile. For Tommy Arney, it's a piece of history, especially so because its decrepit skin conceals a rare asset: a complete provenance, stretching back more than fifty years through twelve previous owners. So, hassled by banks and the FBI, the Chevy's thirteenth owner embarks on a mission to save the car and preserve the long record of human experience it carries with it—before his own volatile demons doom him and the car.

Earl Swift's masterful narrative charts the shifting dreams and fortunes of the people who've gripped this endangered icon's steering wheel, and in the process captures America's strange and abiding relationship with the automobile as no book has before.