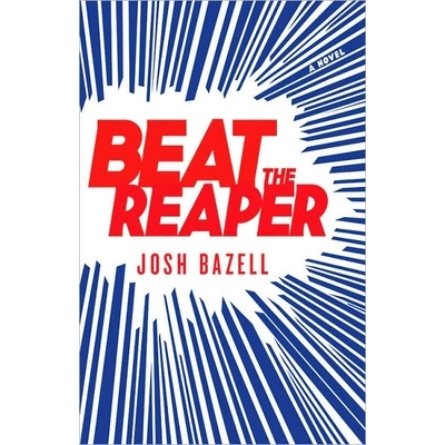 BEAT THE REAPER is not just the only novel that will be compared to Quentin Tarantino's films, Grey's Anatomy, and Chuck Palahniuk-it's also the most original and entertaining debut thriller you'll read this year.

"I couldn't wait to slip in the next CD...It's not just this setup that works so wonderfully; it's Bazell's brutal, completely contemporary way of telling his story that is so compelling. Brown is a fully realized, pill-popping, arm-twisting maniac whose back-story is told exuberantly by first-person narrator Robert Petkoff, in a brilliant performance."—Winston Salem Journal
"This mordant and maniacal debut has junkie doctors and negligent nurses galore, which is somewhat brow-raising given that it was penned by a genuine doctor. Robert Petkoff does an excellent job integrating the author's dispassionate asides (figured in the printed book as footnotes) into the main story."—Audible.Com Editor's Pick