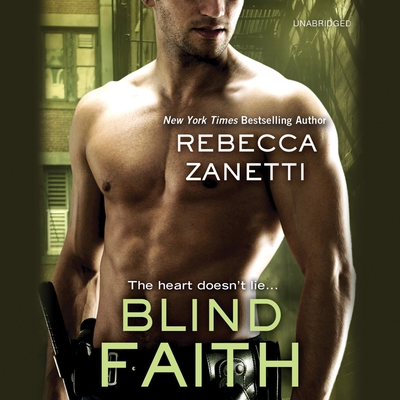 For Nate Dean, love is a four-letter word. As part of a secret black-ops military unit, he and his brothers were genetically engineered by the government to be ruthless soldiers with an expiration date. They were loyal only to one another . . . until Nate laid eyes on the woman who stole his heart and blew his world apart. Now, years later, his family is still paying the price for his mistake. But as time runs out, there's only one person who can save his family: the very woman Nate swore he'd never trust again.

The moment Audrey Madison spies Nate across a crowded ballroom, she can barely breathe. He's just as undeniably sexy as she remembers, yet there's an edge to him now that's as irresistible as it is dangerous. When he asks for her help, Audrey can't refuse. But she has secrets of her own--secrets that, if Nate ever discovers them, may cost them both their lives . . .

"I really enjoyed Forgotten Sins...The story drew me in right away from the first page, and I didn't put it down until I was finished. The story was well paced, and there was a good balance between action and character development."
--Ms Romantic Reads
"Fans of romantic suspense will enjoy the twists and reversals that Zanetti puts her protagonists through."
--Publishers Weekly on Forgotten Sins
"I'm completely captivated!...bring on the next book!"
--RomanceJunkiesReviews.com on Forgotten Sins
"Top Pick! 4 1/2 stars! The rich world of romantic suspense gets even better with the first in Zanetti's tremendous, new, paranormal-edged series. Zanetti pulls together a heady mix of sexy sizzle, emotional punch and high-stakes danger in this truly outstanding tale. Brava!"
--RT Book Reviews on Forgotten Sins
"Sweet Revenge packed a powerful punch and kept me on the edge of my seat. The suspense and action that it delivered was outstanding."
--HesperiaLovesBooks.com
"Everything you could want in an action/adventure is in this book. Wow, just wow Rebecca Zanetti...Forgotten Sins in nonstop action and drama. It is a fantastic start to a new series. One I will be waiting for with anticipation."
--K&T Book Reviews on Forgotten Sins
RAVES FOR REBECCA ZANETTI:

"I loved this ride from beginning to end and can't wait for the next book. "
--paranormalromancenovel.com on Sweet Revenge
"Amazing...The reader is pulled into a story of mystery and suspense that is only matched by the heat and passion of sexual attraction."
-TheReadingCafe.com