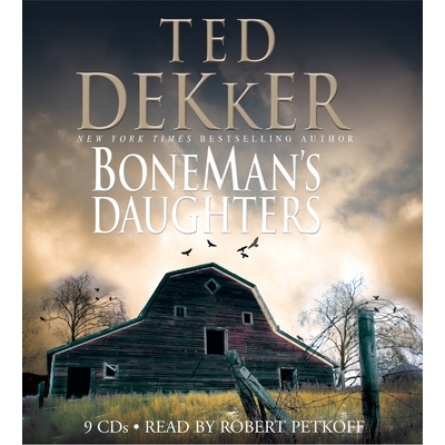 Returning home after the ordeal, a new crisis awaits. A serial killer is on the loose, and his method of killing is the same. Ryan becomes a prime suspect, which isn't even the worst of his problems: Ryan's daughter is BoneMan's latest desire.

In a story that is devaststing in its skill and suspense, - Ted Dekker brings to bear his ability to terrify and compel in BONEMAN'S DAUGHTERS.