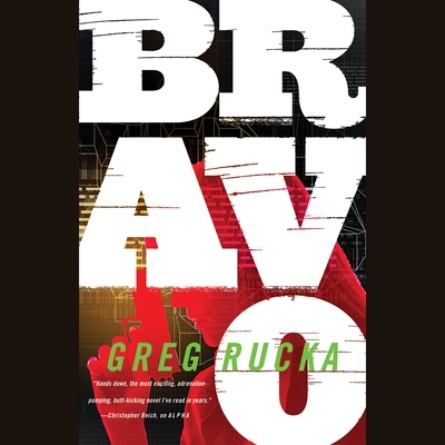 At the center of it all are two women under deep cover. One, as beautiful as she is deadly, has just been dispatched on American soil to execute the Architect's deadly plans. The other is an American just emerging from a complex web of lies, whose intel may be the only hope Bell has to stop the assault before it begins. But after years of pretending to be somebody else, can she be trusted?

"Rucka gets his new series featuring Ex-Delta Force Master Sergeant Jad Bell off to a smashing start with this pitch-perfect thriller. This lean, mean thriller with just the right amount of character development and unexpected complications will appeal to all who enjoy this genre but particularly to readers who like a strong hero along the lines of Lee Child's Jack Reacher. Highly recommended."—Library Journal (starred review)
"Read Greg Rucka. It's that simple. Open one of his books and what you've got is a fistful of dynamite."—The Cincinnati Enquirer
PRAISE FOR ALPHA:

"Alpha is hands down, the most exciting, adrenaline-pumping, butt-kicking novel I've read in years. Rucka is the real deal. If this one doesn't make you stay up late rooting for the good guys, you don't have a heartbeat. Highly recommended!"—Christopher Reich, New York Times bestselling author of Rules of Deception and Numbered Account