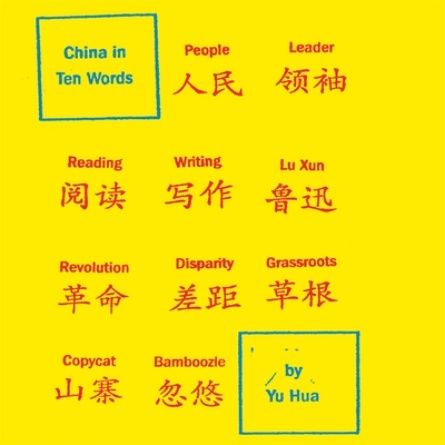 Framed by ten phrases common in the Chinese vernacular-"people," "leader," "reading," "writing," "Lu Xun" (one of the most influential Chinese writers of the twentieth century), "disparity," "revolution," "grassroots," "copycat," and "bamboozle"-China in Ten Words reveals as never before the world's most populous yet oft-misunderstood nation. In "Disparity," for example, Yu Hua illustrates the mind-boggling economic gaps that separate citizens of the country. In "Copycat," he depicts the escalating trend of piracy and imitation as a creative new form of revolutionary action. And in "Bamboozle," he describes the increasingly brazen practices of trickery, fraud, and chicanery that are, he suggests, becoming a way of life at every level of society.

Characterized by Yu Hua's trademark wit, insight, and courage, China in Ten Words is a refreshingly candid vision of the "Chinese miracle" and all its consequences, from the singularly invaluable perspective of a writer living in China today.