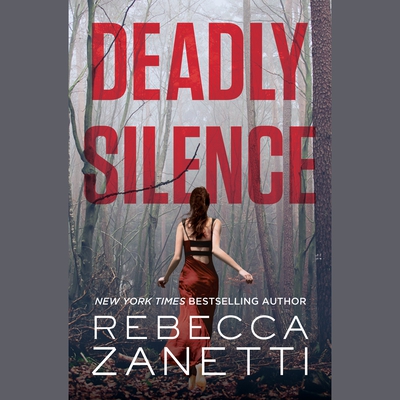 Under siege. That's how Ryker Jones feels. The Lost Bastards Investigative Agency he opened up with his blood brothers has lost a client in a brutal way. The past he can't outrun is resurfacing, threatening to drag him down in the undertow. And the beautiful woman he's been trying to keep at arm's length is in danger...and he'll destroy anything and anyone to keep her safe.

Paralegal Zara Remington is in over her head. She's making risky moves at work by day and indulging in an affair with a darkly dangerous PI by night. There's a lot Ryker isn't telling her and the more she uncovers, the less she wants to know. But when all hell breaks loose, Ryker may be the only one to save her. If his past doesn't catch up to them first...

"TOP PICK! 4 1/2 stars! Filled with twists and turns and a heaping dose of adrenaline, Zanetti takes readers on a ride they won't soon forget!"
--- RT Book Reviews on Sweet Revenge
"TOP PICK! 4 1/2 STARS! Emotionally charged and sexy action-packed thriller. It doesn't get better than this!"

--RT Book Reviews on Deadly Silence
"Top Pick! 4 1/2 stars! Bravo and thanks to Zanetti for providing stellar entertainment!"
--- RT Book Reviews on Total Surrender
"WOW! I could not put Blind Faith down. [It] is a fast-paced, actionpacked thriller that will have you on the edge of your seat the whole time."
--- Freshfiction.com
"Fans of romantic suspense will enjoy the twists and reversals that Zanetti puts her protagonists through."
--Publishers Weekly on Forgotten Sins

"TOP PICK! 4 1/2 stars! Hang on as Zanetti whisks you into a world of danger, passion and treachery!"
---RT Book Reviews on Blind Faith
"I'm completely captivated!...bring on the next book!"
--RomanceJunkiesReviews.com on Forgotten Sins