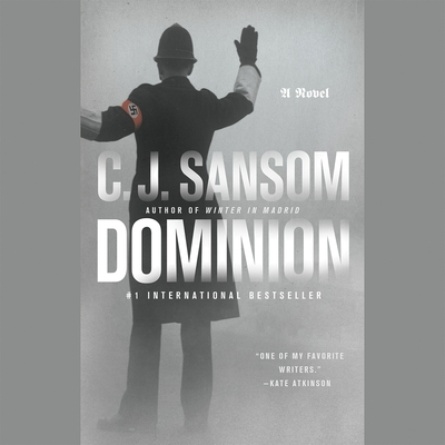 1952. Twelve years have passed since Churchill lost to the appeasers and Britain surrendered to Nazi Germany. The global economy strains against the weight of the long German war against Russia still raging in the east. The British people find themselves under increasingly authoritarian rule--the press, radio, and television tightly controlled, the British Jews facing ever greater constraints.

But Churchill's Resistance soldiers on. As defiance grows, whispers circulate of a secret that could forever alter the balance of the global struggle. The keeper of that secret? Scientist Frank Muncaster, who languishes in a Birmingham mental hospital.

Civil Servant David Fitzgerald, a spy for the Resistance and University friend of Frank's, is given the mission to rescue Frank and get him out of the country. Hard on his heels is Gestapo agent Gunther Hoth, a brilliant, implacable hunter of men, who soon has Frank and David's innocent wife, Sarah, directly in his sights.

C.J. Sansom's literary thriller Winter in Madrid earned Sansom comparisons to Graham Greene, Sebastian Faulks, and Ernest Hemingway. Now, in his first alternative history epic, Sansom doesn't just recreate the past--he reinvents it. In a spellbinding tale of suspense, oppression and poignant love, DOMINION dares to explore how, in moments of crisis, history can turn on the decisions of a few brave men and women--the secrets they choose to keep and the bonds they share.

"An invented mid-20th century Britain that has the intricate detail and delineation of JRR Tolkien's Middle Earth....Sansom is equally impressive in the depth of the background colour....brilliantly written....a tremendous novel that shakes historical preconceptions while also sending shivers down the spine."—Mark Lawson, The Guardian
"Intriguing. Haunting. Vividly imagined. Admirably expansive and unhurried. Exciting, sophisticated, and moving. There will be few better historical novels published this year."—Nick Rennison, The Times [UK]
"Masterly... sketched with hallucinatory clarity...shades of Orwell's Nineteen Eight-Four....Sansom builds his nightmare Britain from the sooty bricks of truth."—Boyd Tonkin, The Independent
"Sansom has an unerring sense of pace and a deft historical touch."—The New Yorker
"C.J. Sansom can lay claim to a place among the most distinguished of movern historical novelists."—P.D. James