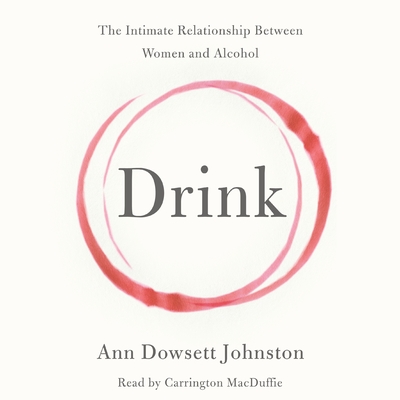 Over the past few decades, the feminist revolution has had enormous ramifications. Women outnumber their male counterparts in postsecondary education in most of the developed world, and they are about ...

Over the past few decades, the feminist revolution has had enormous ramifications. Women outnumber their male counterparts in postsecondary education in most of the developed world, and they are about to do the same in the workplace. But what has not been fully documented or explored is that while women have gained equality in many arenas, they also have begun to close the gender gap in terms of alcohol abuse. In the United States alone, more than twenty-three thousand women die from heavy drinking each year. Binge drinking and so-called drunkorexia are on the rise, contributing exponentially to an array of health conditions and cancers.

Combining in-depth research with her own personal story of recovery, Ann Dowsett Johnston delivers a groundbreaking examination of a shocking yet little-recognized epidemic threatening society today, what preeminent researcher Sharon Wilsnack believes is a "global epidemic" of women's drinking.

Dowsett Johnston's authority comes from a place of experience. Eight years ago she was an award-winning senior journalist with Canada's major newsweekly magazine Maclean's and popular on the speaking circuit. She seemed to have it all when she was named vice principal of McGill University. In private, the high-functioning professional knew she was wrestling with a demon that had undone her own mother: alcohol addiction. Dowsett Johnston took a very private exit from her professional life and went to rehab. She reentered professional life in 2010, winning the prestigious Atkinson Fellowship in Public Policy, charged with examining the closing gender gap in the world of risky drinking. Sober now for five years, she retells her struggles with brutal honesty, affording us an unprecedented look at women and drinking that is both moving and enlightening.

Dowsett Johnston dissects the psychological, social, and workplace factors that have contributed to this crisis, exploring their far-reaching impact on society at large and individual lives, including her own. Comprehensive and emotionally riveting, Drink is sure to become a modern classic on the topic of women and drinking, much as Andrew Solomon's The Noonday Demon was for depression. Drink is a brave and powerful story beautifully told and an important investigation into an epidemic that we can no longer afford to ignore.