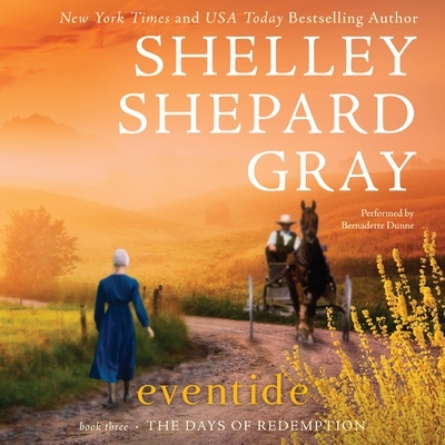 A young Amish woman harbors a difficult secret. Does she dare share the truth with the man she hopes to marry?

Elsie Keim doesn't want to be left behind. Her twin ...

A young Amish woman harbors a difficult secret. Does she dare share the truth with the man she hopes to marry?

Elsie Keim doesn't want to be left behind. Her twin sister, Viola, and her older brother, Roman, have both found love and are building lives of their own. But Elsie? She's still stuck at home, being treated like a child. No one seems to consider her a capable woman—all they see are the thick lenses of her glasses, constant reminders that Elsie suffers from keratoconus and is slowly going blind.

Elsie knows there's much more to her than her disease. That's why when a new neighbor, Landon Troyer, shows some interest in her, she doesn't want anything to scare him away . . . even if it means keeping her condition a secret.

Landon is ready to start a new life and feels like Elsie may just be the right woman to start it with. But when Roman steps in and shares the truth about Elsie's illness, Landon is floored. His job is demanding and takes him away from home, sometimes for days at a time. How could he keep up with his responsibilities and take care of Elsie?

A riveting conclusion to the Days of Redemption series, Eventide reveals the power of love to illuminate even the darkest paths and how faith, family, and forgiveness can forge through any obstacle.