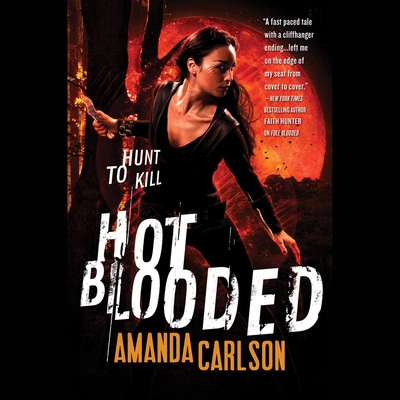 Her newly found mate has been kidnapped by a Goddess hell-bent on revenge, and Jessica is positive she can save him.

But being the only female werewolf in town comes with its own set of rules and powers... if only she understood them.

Aided by two vamps, two loyal Pack members, and one very reluctant human, Jessica must rescue her man while coming to terms with what being a wolf really means.

"Amanda Carlson's debut novel is a fast paced tale with a cliffhanger ending that left me panting for more. Full Blooded left me on the edge of my seat from cover to cover."—New York Times Bestselling Author Faith Hunter
"Amanda Carlson's Full Blooded is full of all good things: danger, excitement, an original, LIKEABLE heroine and some great mythological mayhem. Bring on book 2!"—New York Times Bestselling Author Karen Chance
"Rising star Carlson is rapidly building a rich world filled with intrigue, betrayal and hidden prophecy; all in all, this series second is a magnificent showing."—RT Book Reviews Top Pick!
"A wild, wolfy ride that will have you howling for more!"—Kristen Painter, author of Blood Rights on Full Blooded