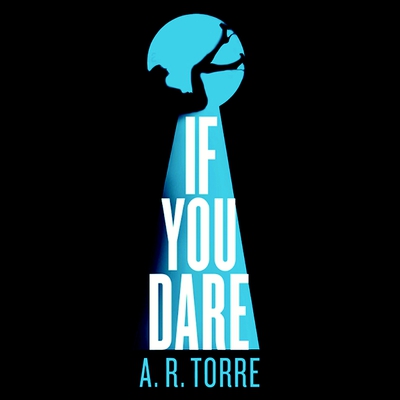 The rules are the same. I can't open the door. I can't leave. I can't kill anyone.

The only difference is, I don't set the rules anymore. Guards in grey uniforms do. It is everything I never wanted and everything I always deserved. I write to you now, from a prison cell. My home for the next twenty to thirty years.

That's the going term for murder.

"Dark, edgy, and thrilling in a completely unexpected way."—Lisa Renee Jones, New York Times bestselling author of The Inside Out series on The Girl in 6E
"It's not for the feint hearted, granted, but A.R Torre does an incredible job of taking a sensitive subject matter and telling a compelling and thought-provoking story...The Girl in 6E is definitely worth a peek. "—Jodi Ellen Malpas, #1 New York Times and Sunday Times bestselling author
"The Girl in 6E is uniquely twisted and captivates from the beginning. The premise is entirely original, as are the characters and the pacing. The main character may be a cold killer, but inside is a woman with a soul who sacrifices everything to keep from unleashing herself on the world.... Torre has written a beautifully warped thriller that will be staying with this reviewer for a long time to come."—RT Book Reviews, Top Pick! (4.5 Stars)
"One of the most eagerly anticipated sequels of the year, Do Not Disturb is every bit as twisted and exciting as its predecessor.... If you enjoy your thrillers intensely raw, dark and unusual, look no further. Torre is captivating."—RT Book Reviews on Do Not Disturb
"A.R. Torre's The Girl in 6E lifts the veil on the dark, erotic world of camming, but the book contains so many more surprises than that. At the novel's core, a tender heart beats, and the increasingly suspenseful pages fly by as its deepest secrets are revealed. This is a taut, edgy, thrill ride, powerfully gripping and impossible to turn away from."—David Bell, author of Never Come Back and Cemetery Girl
"An incredible debut. Gritty, unique, primal, full of angst, oddly feminist, and right up my alley. The Girl in 6E deviates from formulaic romance to deliver something truly special and worthy of praise and attention. A dark soul like me isn't often surprised by controversy or taboo subject matter, but this book delivers and I'll be reading more A.R. Torre books in the future. Kudos!"—CJ Roberts, New York Times and USA Today bestselling author of The Dark Duet
"A taut thriller unlike any suspense novel today."—The Quincy Herald-Whig on The Girl in 6E