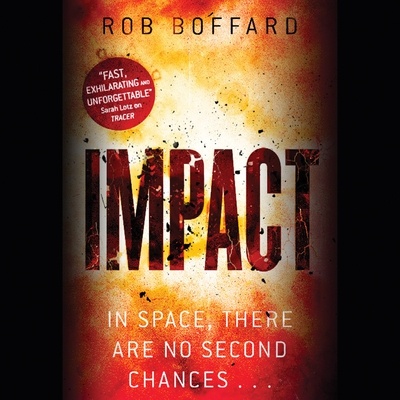 
A signal has been picked up from Earth.

The planet was supposed to be uninhabitable. But it seems there are survivors down there - with supplies, shelter and running water. Perhaps there could be a future for humanity on Earth after all.

Riley Hale will find out soon enough. She's stuck on a spaceship with the group of terrorists that is planning to brave the planet's atmosphere and crash-land on the surface.

But when the re-entry goes wrong, Riley ends up hundreds of miles from her companions Prakesh and Carver, alone in a barren wilderness. She'll have to use everything she knows to survive.

And all of them are about to find out that nothing on Earth is what it seems . . .

"Ludicrously fast-paced, with a brilliant sci-fi setting, Tracer is an absolute blast of a read."—David Owen on Tracer
"Reading Tracer is like being on a rocket-propelled roller coaster and trapped in a supersonic pinball machine at one and the same time. The action flies by in a blur and leaves you as breathless and reeling as the protagonists. Riley Hale battles to save the last remnants of humanity from a homicidal maniac and a secretive suicide cult in the claustrophobic, brilliantly evoked world of a crumbling space station where danger lies around every corner. A stunning debut by Rob Boffard that never lets up, from the nerve-jangling beginning to the explosive end."—James Douglas on Tracer

"Tracer is the literary equivalent of a base jump: fast, exhilarating and unforgettable, and once you start it you can't stop. I loved it."—Sarah Lotz, author of The Three, on Tracer