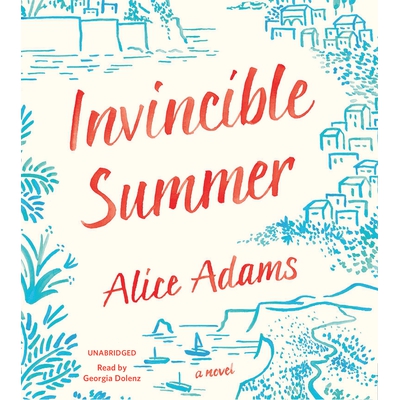 Inseparable throughout college, Eva, Benedict, Sylvie, and Lucien graduate in 1997, into an exhilarating world on the brink of a new millennium. Hopelessly in love with playboy Lucien and eager to shrug off the socialist politics of her upbringing, Eva breaks away to work for a big bank. Benedict, a budding scientist who's pined for Eva for years, stays on to complete his PhD in physics, devoting his life to chasing particles as elusive as the object of his affection. Siblings Sylvie and Lucien, never much inclined toward mortgages or monogamy, pursue more bohemian existences-she as an aspiring artist and he as a club promoter and professional partyer.

But as their twenties give way to their thirties, the group struggles to navigate their thwarted dreams. Scattered across Europe and no longer convinced they are truly the masters of their fates, the once close-knit friends find themselves filled with longing for their youth- and for one another. Broken hearts and broken careers draw the foursome together again, but in ways they never could have imagined.

A dazzling depiction of the highs and lows of adulthood, Invincible Summer is a story about finding the courage to carry on in the wake of disappointment, and a powerful testament to love and friendship as the constants in an ever-changing world.

"INVINCIBLE SUMMER is a novel that will have you running for the phone to call your old friends and reconnect. Alice Adams is a beautiful storyteller. She deftly weaves the ties that bind four friends over the course of their youth and into middle age with powerful threads of emotion. I loved the world of this book, and how Ms. Adams wrote the passing of time through her characters with delicacy and truth."—Adriana Trigiani, bestselling author of All the Stars in the Heavens
"[Adams'] characters are nearly impossible not to root for, and she captures their often troubled dynamics with tremendous empathy and charming wit.... Breezy with substance; an absorbing summer read."—Kirkus Reviews

"A sophisticated yet fun novel about four friends venturing into adulthood. Alice Adams does a magnificent job of describing the way life's heartbreaks and ecstasies unfold over the course of 20 years."—Elin Hilderbrand, author of The Rumor
"Adams does an incredible job [of] conveying life's ups and downs with both humor and compassion, [and] shows herself to be especially skilled at crafting charming, empathetic (albeit troubled) characters you can't help but cheer on."—Sadie L. Trombetta, Bustle
"Easy yet not insubstantial, this debut is a sweet toast to enduring friendship."—Meredith Turits, ELLE
"INVINCIBLE SUMMER goes down as smoothly as the steady flow of wine knocked back by its disarming characters as they make their way not only into adulthood but through the last two decades of financial boom and bust, London's rave scene, and the Higgs boson particle. Be forewarned, though: It packs a punch. Alice Adams has important things to say about our times and the meaning of family."—Anne Korkeakivi, author of An Unexpected Guest
"Dreamy Pisceans will delight in Adams' novel."—Cosmopolitan
"A testament to the power of friendship and love, this is a beautiful coming-of-age story about the intimacy of long-term relationships against the changing landscape of time."
—Elizabeth Kiefer, Refinery 29

"Like life, this breezy, charming novel about four college friends deepens and darkens as it moves through the years, presenting its characters with challenges and choices that test them in ways their younger selves couldn't imagine. INVINCIBLE SUMMER is the story of what happens when things get real."—Tom Perrotta, author of Little Children and The Leftovers
"Adams movingly depicts the tough steps we take into adulthood."
—Good Housekeeping