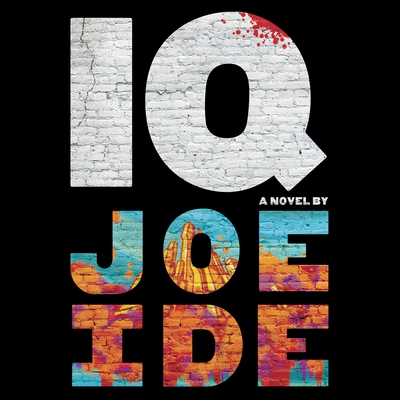 "With its street poetics and truer-than-life characters, this beautifully spun first novel is gonna blow through the crime fiction world like a fire hose-blast of fresh air. Joe Ide has that rarest of writerly skills--a wholly unique voice, one that is at once irreverent and compelling, moving and incisive. IQ will become a reader favorite. It will get glowing reviews. It will be nominated for awards. Let me save you waiting around for the word of mouth to reach you--buy this book now."—Gregg Hurwitz, author of the New York Times bestselling Orphan X
"Ide successfully makes his detective's brilliance plausible in this gripping and moving debut."—Publishers Weekly
"I don't know how fast Joe Ide writes, but from now on he'll have to write faster. Everyone who reads IQ will be clamoring for the next book, and for the one after that. This is one of the most intriguing--and appealing--detective characters to come along in years."—Carl Hiaasen
"In his debut novel, Ide, a Japanese-American who grew up in the same neighborhood as his mercurial characters, flashes agility with streetwise lingo, facility with local color, and empathy with even the most dissolute of his characters... the roughhousing energy, vivid language, and serrated wit Ide displays throughout this maiden effort make Isiah Quintabe seem a potential rejuvenator of a grand literary tradition. The present day, with its high-strung social media and emotional overload, could use a contemporary hero like Ide's, more inclined to use his brain than his mouth (or fists) to vanquish evil and subdue dread."—Kirkus
"Joe Ide is the best new writer I've encountered in recent years. IQ is a terrific book with an unexpected story, whose lead character has great potential for a series."
—John Sandford, author of Extreme Prey
"Joe Ide's IQ is a wondrous double-helix of mean-street savvy entwined with classical detection, like Conan Doyle as channeled through Martin Scorsese. It's a terrific book."—Stephen Hunter, author of G-MAN
"Joe Ide is a bad man: IQ is so hellaciously entertaining, deeply moving, and electrifyingly alive that you'll want to read it twice."—Lou Berney, author of the Edgar Award-winning Long and Faraway Gone
"[Ide] does here what few first novelists can manage: dexterously juggling multiple styles and tones to create a seamless, utterly entertaining blend of coming-of-age saga, old-school detective story, and comic-caper novel. . . . This is one of those rare debuts that leaves us panting for more--and soon."—Booklist (starred review)
"Isaiah Quintabe--known as I.Q.--is an unconventional unlicensed, underground detective solving problems for the disenfranchised people of Los Angeles, and Joe Ide's superb novel--IQ--is the one of the freshest and liveliest crime novels I have read in years. His debut heralds an exciting new voice in American crime fiction."—Adrian McKinty, author of Gun Street Girl
"Joe Ide has got all the pre-requisites of a great mystery writer: an acerbic wit, a craftsman's mastery of pace, and a clear-eyed but big-hearted view of humankind. His humble and low-key hero, a P.I. named IQ, is a joy to spend time with, and once you've hung out in this Los Angeles of two-bit thugs, half-baked capers, and big scary dogs, you'll be as excited as I am for a sequel."—Ben Winters, author of Underground Airlines