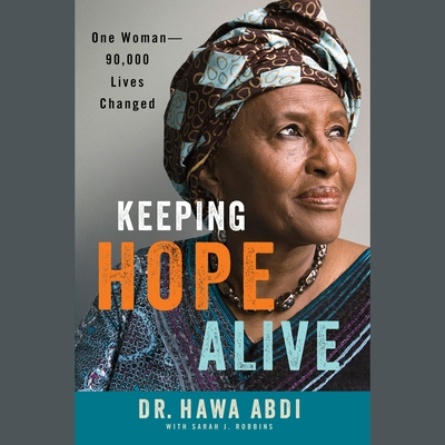 Dr. Hawa Abdi, "the Mother Teresa of Somalia" and Nobel Peace Prize nominee, is the founder of a massive camp for internally displaced people located a few miles from war-torn Mogadishu, Somalia. Since 1991, when the Somali government collapsed, famine struck, and aid groups fled, she has dedicated herself to providing help for people whose lives have been shattered by violence and poverty. She turned her 1300 acres of farmland into a camp that has numbered up to 90,000 displaced people, ignoring the clan lines that have often served to divide the country. She inspired her daughters, Deqo and Amina, to become doctors. Together, they have saved tens of thousands of lives in her hospital, while providing an education to hundreds of displaced children.

In 2010, Dr. Abdi was kidnapped by radical insurgents, who also destroyed much of her hospital, simply because she was a woman. She, along with media pressure, convinced the rebels to let her go, and she demanded and received a written apology.