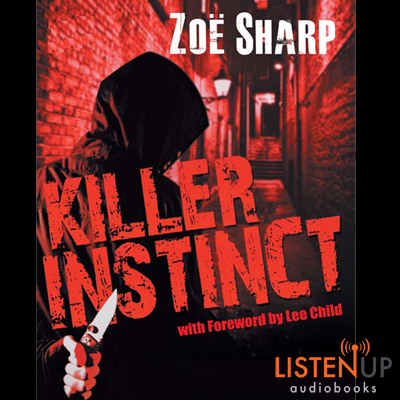 "Susie Hollins may have been no great shakes as a karaoke singer, but I didn't think that was enough reason for anyone to want to kill her."

Charlotte 'Charlie' Fox makes a living teaching self-defence to women in a quiet northern English city. It makes best use of the deadly skills she picked up after being kicked out of army Special Forces training for reasons she prefers not to go into. So, when Susie Hollins is found dead hours after she foolishly takes on Charlie at the New Adelphi Club, Charlie knows it's only a matter of time before the police come calling. What they don't tell her is that Hollins is the latest victim of a homicidal rapist stalking the local area.

Charlie finds herself drawn closer to the crime when the New Adelphi's enigmatic owner, Marc Quinn, offers her a job working security at the club. Viewed as an outsider by the existing all-male team, her suspicion that there's a link between the club and the killer doesn't exactly endear her to anyone. Charlie has always taught her students that it's better to run than to stand and fight, But, when the killer starts taking a very personal interest, it's clear he isn't going to give her that option...

"Charlie looks like a made-for-TV model, with her red hair and motorcycle leathers, but Sharp means business. The bloody bar fights are bloody brilliant, and Charlie's skills are both formidable and for real." Marilyn Stasio, New York Times

"Sharp deserves a genre all her own - if you are just discovering Zoë Sharp then you are in for a real treat." Jon Jordan, Crimespree Magazine

"Charlotte (Charlie) Fox is one of the most vivid and engaging heroines ever to swagger onto the pages of a book. Where Charlie goes, thrills follow." Tess Gerritsen