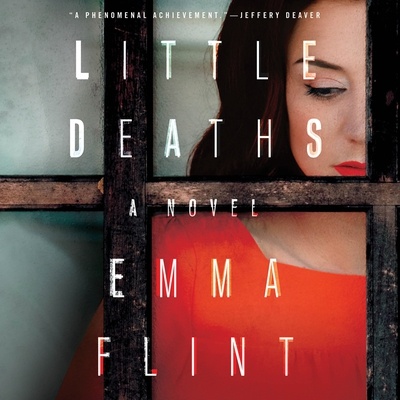 "A gem of a whodunit."---Mary Kubica, author of The Good Girl

It's 1965 in a tight-knit working-class neighborhood in Queens, New York, and Ruth Malone--a single mother who works long hours as a cocktail waitress--wakes to discover her two small children, Frankie Jr. and Cindy, have gone missing. Later that day, Cindy's body is found in a derelict lot a half mile from her home, strangled. Ten days later, Frankie Jr.'s decomposing body is found. Immediately, all fingers point to Ruth.

As police investigate the murders, the detritus of Ruth's life is exposed. Seen through the eyes of the cops, the empty bourbon bottles and provocative clothing which litter her apartment, the piles of letters from countless men and Ruth's little black book of phone numbers, make her a drunk, a loose woman--and therefore a bad mother. The lead detective, a strict Catholic who believes women belong in the home, leaps to the obvious conclusion: facing divorce and a custody battle, Malone took her children's lives.

Pete Wonicke is a rookie tabloid reporter who finagles an assignment to cover the murders. Determined to make his name in the paper, he begins digging into the case. Pete's interest in the story develops into an obsession with Ruth, and he comes to believe there's something more to the woman whom prosecutors, the press, and the public have painted as a promiscuous femme fatale. Did Ruth Malone violently kill her own children, is she a victim of circumstance--or is there something more sinister at play?

Inspired by a true story, Little Deaths, like celebrated novels by Sarah Waters and Megan Abbott, is compelling literary crime fiction that explores the capacity for good and evil in us all.

"Emma Flint's Little Deaths beguiles readers with a most harrowing crime: two children dead, their mother, Ruth, the likely suspect. Readers will as easily pity Ruth as doubt and denounce her, as Flint seduces us with a gem of a whodunit, making us question our every instinct. Deeply moody and moving, Little Deaths embodies the role of women in the sixties, especially those who dared to deviate from societal norms."—Mary Kubica, New York Times bestselling author of The Good Girl
"Sharply rendered literary noir."—Kirkus Reviews

"A phenomenal achievement. Little Deaths is one of those so-very-rare accomplishments: a lightning fast, heart-pounding, psychologically resonant crime novel that effortlessly transcends genre. If you believed that literary fiction can't be a one-sitting read, think again."—Jeffery Deaver
"Little Deaths is a stunning feat . . . Ruth Malone's descent into hell is a riveting tale of bad luck, heartbreak, and prejudice, written with the pace of a thriller and the rich detail of a historical novel."—Jane Casey, author of The Missing
"Little Deaths is a rarity: a period piece and police procedural that is wrenching and real and deeply moving. I fell fast and hard under the spell of this lush, moody, film noir of a novel."—Chris Bohjalian, New York Times bestselling author of The Guest Room, The Sandcastle Girls, and Midwives
"An absolutely gripping debut! Emma Flint spins a lyrical tale of horror and suspense in the vivid and thick atmosphere of 1965 Queens. Even after I finished, the story would not leave me. I cannot wait to read more from this talented author."—Beth Harbison, New York Times bestselling author of One Less Problem Without You
"This accomplished debut novel will intrigue fans of both true crime and noir fiction. Flint...is a welcome addition to the world of literary crime fiction. Readers of Megan Abbott may want to investigate."—Library Journal (starred review)

"Wonderfully atmospheric.... Simmering with tension, Little Deaths is a stylish, troubling look at how appearances can deceive."—The Express (UK)

"Involving and atmospheric, and immensely gripping."—Sophie Hannah, author of Woman with a Secret

"Utterly atmospheric and with style to burn, Emma Flint's Little Deaths is a novel that troubles and transfixes from its simmering first pages all the way to its searing final words."—Megan Abbott, author of You Will Know Me
"Affecting, achingly beautiful debut...This stunning novel is less about whodunit than deeper social issues of motherhood, morals, and the kind of rush to judgment that can condemn someone long before the accused sees the inside of a courtroom."—Publishers Weekly (starred review)

"This thrilling suspense story will make you question your loyalties at every turn."—Harper's Bazaar

"[An] excellent debut... Flint is unsparing and convincing in her portrayal of Malone, a woman of little education and flawed habits, fighting a society that believes she could not be a good mother."—The Times (UK)
"Compelling ... the closing scene is a jaw-dropper.... This is absolutely absorbing literary crime fiction, perfect for fans of Megan Abbott and Sarah Waters."—Booklist (starred review)

"I read this with a dry mouth and a pounding heart--and can think of no higher praise for a literary crime novel."—The Bookseller (UK)

"Gripping and shattering. Ruth's story will stay with me for the rest of my life."—Erin Kelly, author of The Poison Tree
"I couldn't put it down.... So utterly satisfying, intriguing, and brilliant that everything else falls short. I can't wait for Emma Flint's next book."—Emma Chapman, author of How To Be a Good Wife
"A gripping read that is at the same time deeply real. A beautifully written and realized debut. I absolutely loved it."—Kate Hamer, author of The Girl in the Red Coat