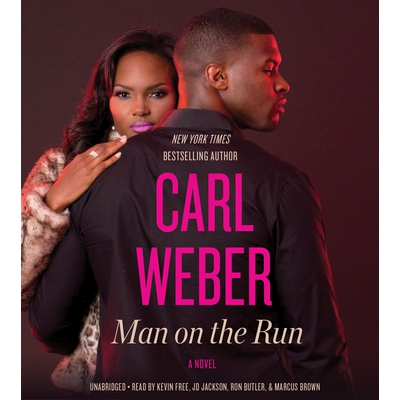 It was the night before his wedding, fifteen years ago, that the nightmare began for Jay Crawford--locked up for a crime he never committed. Now, he's escaped prison and wants nothing more than to clear his name and protect his family. To get justice, he'll need the help of the three best friends who have always had his back--Wil, Kyle and Allan. But a man on the run requires absolute trust...and Jay may just be setting himself up for the ultimate betrayal.

"Wow. Wow. Wow...Just when you think Carl Weber couldn't possibly have any more drama or mystery left in his imagination to capture the reader, he does it again."—http://allthatsnoir.blogspot.com/ on THE MAN IN 3B
"An exciting read replete with treachery, betrayal, and some spicy love scenes... Weber is a master at taking the reader on a roller-coaster ride."—RT Book Reviews
"4 1/2 stars. Top Pick! Captivating, thrilling, sexy...Once again, Carl Weber crafts exceptional drama."—RT Book Reviews on Choir Director 2
"Weber's skill at turning the four flawed friends into sympathetic characters affirms his trademark approach to tales of characters making terrible choices. ...The clever conclusion will shock readers. Kimberla Lawson Roby's fans will also appreciate this adventure."—Booklist