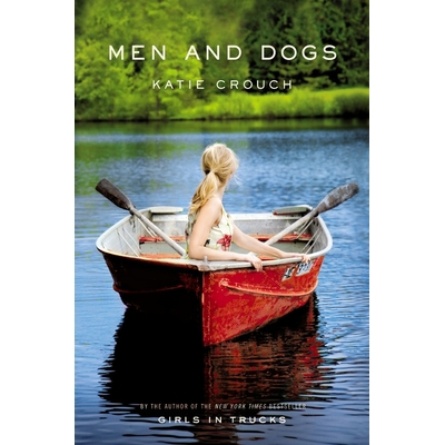 Twenty years later, his daughter Hannah still finds hope in believing, alone among her family, that he's still alive somewhere. She has a smart husband, a thriving business, a beautiful home in San Francisco-and a huge hole in her troubled heart. True to her trademark talent for self-sabotage, she finds herself one starry night climbing up the fire escape in a desperate (and drunken) attempt to win back her own husband--and failing disastrously.

Slightly worse for the wear, Hannah returns to Charleston to salve her wounds. There, old loves, unrepented crimes, and family legends are stirred up from the dust. Hannah's brother Palmer, the stoic with a secret of his own, cannot dissuade her from a manic search to uncover clues to the past, and they will both face shocking discoveries that lead them to reconcile their very different notions of loyalty and blind faith.

As she did so memorably in her bestselling debut, Girls in Trucks, Katie Crouch has created another great voice--spiky, tender, and hilarious--in the screwball heroine Hannah Legare. Much like Julia Roberts in My Best Friend's Wedding, Hannah follows the misguided impulses of a heart that's in the right place.