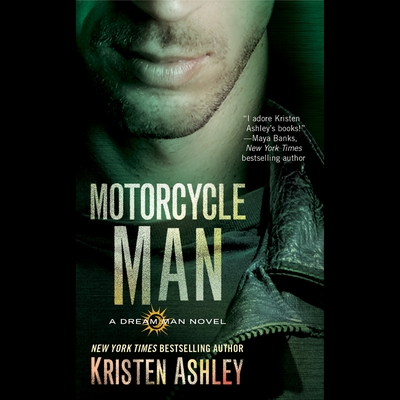 in stock
Motorcycle Man
(Unabridged)
add to wishlist give as a gift Play Sample
FIRST TIME IN PRINT! Get ready to ride . . . Tyra Masters has had enough drama to last a lifetime. Now, she's back on track and looking forward to ...
add to cart
FIRST TIME IN PRINT!

Tyra Masters has had enough drama to last a lifetime. Now, she's back on track and looking forward to her new, quiet life. Until she meets the man of her dreams. The tattooed, muscled biker plies her with tequila-and the best sex of her life. She knows it isn't the tequila and hot sex talking. He's the kind of man she's always wanted. Unfortunately, he's also her new boss . . .

Kane "Tack" Allen has a rule. He doesn't employ someone he's slept with. So when he learns he spent last night in bed with his new office manager, he quickly fires Tyra. Yet when Tyra stands up to him and fights for her job, Tack is intrigued. He tells her she can keep her job on one condition: no more sex. Ever. But as things heat up between them, Tack finds that he'll be the one breaking all the rules...

"Ashley delivers a deeply emotional second installment of the Chaos contemporary romance series (after Own the Wind)... Punctuated by blistering-hot sex scenes and fascinating glimpses into the tough world of motorcycle clubs, this romance also delivers true heart and emotion, and a story that will stay with the reader long after the final page is turned."—Publishers Weekly, Starred Review, on Fire Inside
"There is something about them [Ashley's books] that I find crackalicious."—Kati Brown, DearAuthor.com
"I felt all of the rushes, the adrenaline surges, the anger spikes... my heart pumping in fury. My eyes tearing up when her my heart (I mean... her heart) would break." (On Motorcycle Man)—Maryse's Book Blog, Maryse.net
"[Kristen] Ashley captivates."—Publisher's Weekly