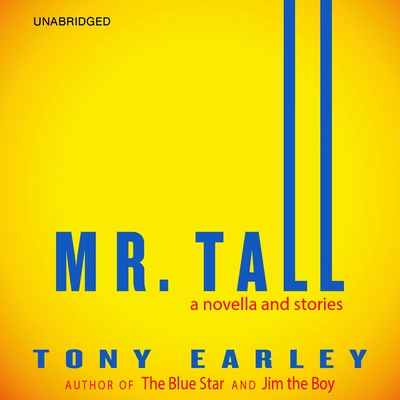 In Mr.Tall, his first story collection in two decades, Tony Earley brings us seven rueful, bittersweet, riotous studies of characters both ordinary and mythical, seeking to make sense of the world transforming around them. He demonstrates once again the prodigious storytelling gifts that have made him one of the most accomplished writers of his generation.

In the title story, a lonely young bride terrifyingly shares a remote mountain valley with a larger-than-life neighbor, while the grieving widow of "The Cryptozoologist" is sure she's been visited by a Southern variant of Bigfoot. "Have You Seen the Stolen Girl?" introduces us to the ghost of Jesse James, who plagues an elderly woman in the wake of a neighborhood girl's abduction. In "Haunted Castles of the Barrier Islands" a newly empty-nest couple stumbles through an impenetrable Outer Banks fog seeking a new life to replace the one they have lost, while "Yard Art" follows the estranged wife of a famous country singer as she searches for an undiscovered statue by an enigmatic artist. In the concluding novella, "Jack and the Mad Dog," we find Jack-the giant killer of the stories-in full flight from threats both canine and existential.

Earley indelibly maps previously undiscovered territories of the human heart in these melancholy, comic, and occasionally strange stories. Along the way he leads us on a journey from contemporary Nashville to a fantastical land of talking dogs and flying trees, teaching us at every step that, even in the most familiar locales, the ordinary is never just that.