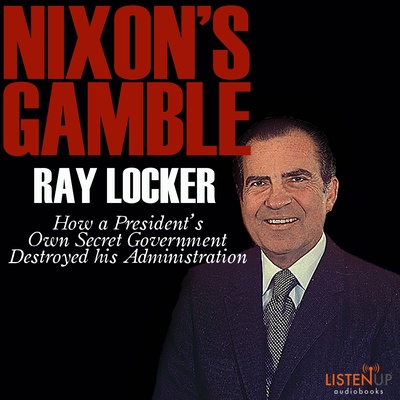 After being sworn in as president, Richard Nixon told the assembled crowd that “government will listen. ... Those who have been left out, we will try to bring in.” But ...

After being sworn in as president, Richard Nixon told the assembled crowd that “government will listen. ... Those who have been left out, we will try to bring in.” But that same day, he obliterated those pledges of greater citizen control of government by signing National Security Decision Memorandum 2, a document that made sweeping changes to the national security power structure. Nixon’s signature erased the influence that the departments of State and Defense, as well as the CIA, had over Vietnam and the course of the Cold War. The new structure put Nixon at the center, surrounded by loyal aides and a new national security adviser, Henry Kissinger, who coordinated policy through the National Security Council under Nixon’s command. Using years of research and revelations from newly released documents, USA Today reporter Ray Locker upends much of the conventional wisdom about the Nixon administration and its impact and shows how the creation of this secret, unprecedented, extra-constitutional government undermined U.S. policy and values. In doing so, Nixon sowed the seeds of his own destruction by creating a climate of secrecy, paranoia, and reprisal that still affects Washington today.

“Richard Nixon accomplished a great deal--opening up China, arms control with Russia, ending the Vietnam War--but he did this, in no small measure, by deceit. In a tour de force of historical research, Ray Locker reveals a mind-boggling web of lies and half-truths. A gripping read and an important book.”--Evan Thomas,New York Times bestselling author of Being Nixon: A Man Divided and Ike’s Bluff: President Eisenhower’s Battle to Save the World

“Ray Locker has assembled a masterful study that asks a question no one else has – was the Nixon White House flawed by design? A deep dive of government documents and primary sources, Locker examines the very foundations of the Nixon administration and finds something very troubling. A must read for anyone wanting a better understanding of the time period.”--Luke A. Nichter, co-author of New York Times bestselling series The Nixon Tapes: 1971-1972 and The Nixon Tapes: 1973

Even more impressive, that’s not the most important part of this richly illuminating history of Richard Nixon’s many layered attempt to govern by secret. In uncovering the huge hidden wager that Nixon took, playing for his place in world history and going all in with nothing less than the presidency itself, Ray Locker shows us Nixon’s hole cards and how badly he misplayed them. We’re all still trying to recoup the loss.”--Ed Gray, co-author with his father L. Patrick Gray III of In Nixon’s Web: A Year in the Crosshairs of Watergate

"’Why did he do it?’ has long been one of the great questions of the Nixon presidency. Ray Locker provides a set of fascinating new answers, based on dogged investigative research and a keen instinct for making sense of Richard Nixon's strange secret world.”—Beverly Gage, professor of American history at Yale University

“Ray Locker establishes Nixon gambled to achieve foreign policy achievements and lasting structural government changes only ultimately to be brought down by his secret modus operandi. He also convincingly documents that John Dean, Henry Kissinger, Alexander Haig, and the FBI’s top intelligence officer William C. Sullivan aided in Nixon’s demise with the duplicitous roles they played by giving misleading information to the press and Congress.”--Joan Hoff, author of Nixon Reconsidered

Richard Nixon (1913–94) remains a fascinating subject for historians of all stripes. Locker, an investigative reporter for USA Today, applies his ample research skills to exploring Nixon’s penchant for secrecy and deception during his six years as president. The focus centers on Nixon’s three primary foreign policy goals: ending the Vietnam War, restoring diplomatic relations with China, and reducing Cold War tensions with the Soviet Union. In order to accomplish these disparate objectives, Locker maintains, Nixon created a complex secretive network so extensive that even his closest advisors, such as Henry Kissinger, didn’t know the whole truth behind his actions. The author utilizes a wide range of primary and secondary resources to spin his tale, and at times the facts are indeed stranger than fiction as he lists the consequences of the National Security Decision Memoranda and concludes that Nixon’s 'climate of secrecy' continues to impact politics today. VERDICTA well-told, detailed account that will satisfy even the most dedicated Nixon scholar. (Library Journal)

“Ray Locker manages to deliver a book about Nixon and Watergate that seems remarkably fresh. Locker, whose research is prodigious and writing sublime, provides a page turner that gives important new insights into why Nixon made the critical decisions that brought down his presidency. "Nixon's Gamble" is a persuasive and absorbing addition to the best books about the most complex modern President.”--Gerald Posner, author of God’s Bankers and Case Closed

Locker, a USA Today investigative reporter focusing on the politics and Congress, reconstructs the rise and fall of Richard Nixon. His well-constructed thesis is that Nixon believed the entrenched, self-interested forces of Washington--the national press corps, Congress, and the CIA, FBI, and Pentagon--were making it impossible for him to achieve his goals: reaching an arms agreement with the Soviets, establishing a detente with China, and ending the Vietnam War. Determined to succeed at any cost, Nixon stealthily created a shadow government adept at secret foreign policy initiatives. According to Locker, Nixon's commitment to secrecy generated a culture of domestic spying, fostering the infamous break-ins, until 'cover-up beget cover-up' and led to Nixon's demise. Locker describes Nixon's machinations in minute detail, and readers. . . .will marvel at Nixon's drive, paranoia, duplicity, and accomplishments. . . .In Locker's view, Nixon's successes place him high in the pantheon of effective presidents, but his perfidy makes an equally compelling narrative of failure. (Publishers Weekly)