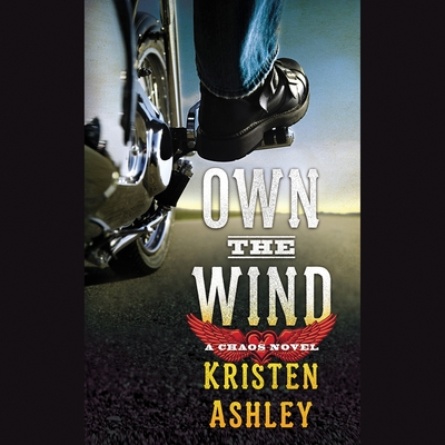 Tabitha Allen grew up in the thick of Chaos-the Chaos Motorcycle Club, that is. Her father is Chaos' leader, and the club has always had her back. But one rider was different from the start. When Tabby was running wild, Shy Cage was there. When tragedy tore her life apart, he helped her piece it back together. And now, Tabby's thinking about much more than friendship . . .

Tabby is everything Shy's ever wanted, but everything he thinks he can't have. She's beautiful, smart, and as his friend's daughter, untouchable. Shy never expected more than friendship, so when Tabby indicates she wants more-much more-he feels like the luckiest man alive. But even lucky men can crash and burn . . .

"There is something about them [Ashley's books] that I find crackalicious."
—Kati Brown, DearAuthor.com
"Ashley delivers a deeply emotional second installment of the Chaos contemporary romance series (after Own the Wind)... Punctuated by blistering-hot sex scenes and fascinating glimpses into the tough world of motorcycle clubs, this romance also delivers true heart and emotion, and a story that will stay with the reader long after the final page is turned."—Publishers Weekly, Starred Review, on Fire Inside
"I felt all of the rushes, the adrenaline surges, the anger spikes... my heart pumping in fury. My eyes tearing up when my heart (I mean... her heart) would break." (On Motorcycle Man)
—Maryse's Book Blog, Maryse.net
"[Kristen] Ashley captivates."—Publisher's Weekly