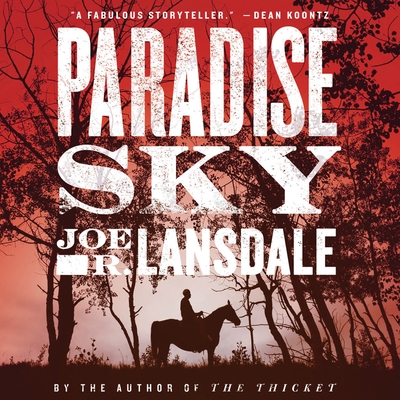 "Reading Joe Lansdale is like listening to a favorite uncle who just happens to be a fabulous storyteller."—Dean Koontz

"Classic Lansdale, his own self peppered throughout by much piney backwoods philosophizing on everything from religion to whoring, [with] the author's long-ago trademarked heaping helping of wry, often delightfully vulgar humanism."—Austin Chronicle
"Paradise Sky is a rowdy, funny, suspenseful, and often quite moving yarn."—Booklist (starred)