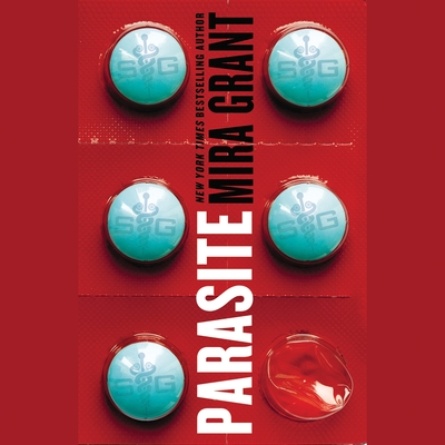 ParasitologyParasiteSymbiont Chimera
For more from Mira Grant, check out:
Newsflesh FeedDeadlineBlackout
Newsflesh Short Fiction (e-only novellas)Apocalypse Scenario #683: The BoxCountdownSan Diego 2014: The Last Stand of the California BrowncoatsHow Green This Land, How Blue This SeaThe Day the Dead Came to Show and TellPlease Do Not Taunt the Octopus

"A riveting near-future medical thriller that reads like the genetically-engineered love child of Robin Cook and Michael Crichton."—John Joseph Adams
"Readers with strong stomachs will welcome this unusual take on the future."—Kirkus Reviews
"An exceptionally creepy medical-horror thriller that's the perfect spine-tingling read for Halloween... [a] roller coaster ride."—Fort Worth Star-Telegram
"Fans of [the Newsflesh] series will definitely want to check this new book out. But fans of Michael Crichton-style technothrillers will be equally enthralled: as wild as Grant's premise is, the novel is firmly anchored in real-world science and technology."—Booklist
"Grant extends the zombie theme of her Newsflesh trilogy to incorporate thoughtful reflections on biomedical issues that are both ominously challenging and eerily plausible. Sally is a complex, compassionate character, well suited to this exploration of trust, uncertainty, and the price of progress."—Publishers Weekly
"It's a well-grounded medical wariness that gets at the heart of what the Parasitology series will be asking: What happens when the cure is worse than the disease?"—NPR Books