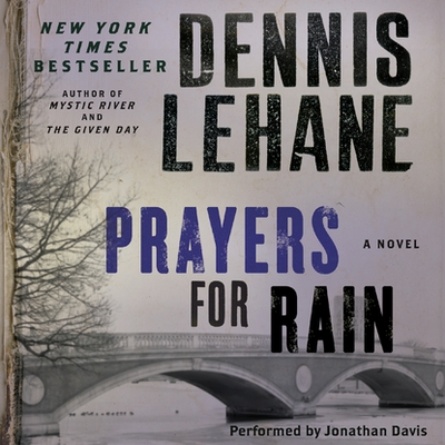 What if a total stranger was watching your every move? What if he read your mail, listened in on your phone calls, knew what you spoke of only to your ...

What if a total stranger was watching your every move? What if he read your mail, listened in on your phone calls, knew what you spoke of only to your most trusted confidants? What if he learned Your routines? Your weaknesses? And, most important, what if he discovered those things you love and cling to . . . and then he stripped you of them? And sat back to watch while you self-destructed?

Boston private investigator Patrick Kenzie is about to anger such a man.

When Patrick first meets Karen Nichols, she strikes him as the kind of woman who irons her socks—an innocent from a protected upbringing, untouched by tragedy. But six months later Karen commits suicide by leaping from one of Boston's most cherished monuments. Patrick finds himself wondering what can alter someone so drastically, so quickly, that suicide seems her only option. Yet what begins as idle curiosity soon becomes obsessive as Patrick suspects that the tragic events that befell Karen during the last months of her life—an "accident" that destroyed her fiancé; the loss of her job, her apartment, and eventually her mind—may not have been as random as they first appeared.

Enlisting the aid of his ex-partner and ex-flame, Angela Gennaro, as well as that of his friend, the lethally unbalanced Bubba Rogowski, Patrick enters into a treacherous game of cat-and-mouse with a man who, instead of merely killing his victims, prefers to make them wish they were dead. Through the final weeks of a stifling summer, Patrick, Angie, and Bubba wage psychological warfare with this brilliant, depraved sociopath—a war that will bring them face-to-face with the sordid secrets of an affluent family, a brutal Mafioso, a cabal of twisted kidnappers, and a perilous encounter in the misty dark of a cranberry bog.

As the stakes grow higher and more personal, they find they might be fighting a losing battleagainst an enemy the law can't touch, who is always one step ahead of them, who is gradually learning their weaknesses, their loves, and is determined to tear their worlds apart.