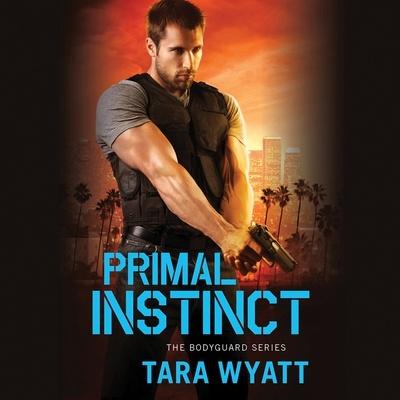 The first time he lays eyes on Taylor Ross in a bar, Colt Priestley does something few men would dare to do. He approaches the world-famous singer, shamelessly flirts with her, and gives her a night in his bed that neither of them will soon forget.

When Taylor's record label hires a bodyguard to keep tabs on the out-of-control rocker, she's less than thrilled to find it's her off-the-charts one-night stand who shows up for the job. She's terrified of letting herself fall for the damaged ex-Army Ranger, and she's determined to push him away. Yet every moment they're together simmers with tension. As the danger from an obsessed stalker mounts, Taylor and Colt are tempted to cross that line again-baring their hearts and souls as well as their bodies-and there's no telling how hot this song will get.

"Wyatt balances humor with drama in this tense romantic thriller, and the ongoing plot of a villain pulling strings behind the scenes will have readers eager for the next series installment."—Publishers Weekly
If you love tough guys with a side of sweet, strong heroines with a hint of wild, and suspense with a spark of humor, this is definitely the book for you. Tara Wyatt has created a swoonworthy bodyguard series with primal passion, unexpected twists, and surprising laughs!"—Rebecca Zanetti, New York Times bestselling author
"Four Stars! Wyatt's second in the Bodyguard series, Primal Instinct, lives up to every expectation. It has exciting adventure and toe-curling romance paired with a plot that twists and a protective alpha male who will make readers swoon. This novel is guaranteed to thrill."—RT Book Reviews