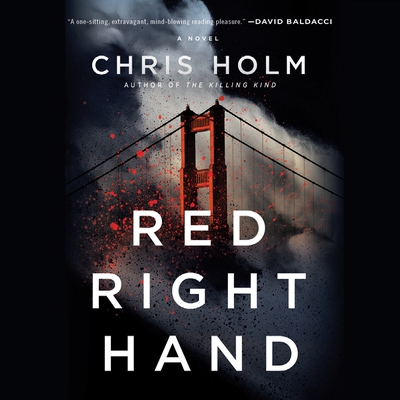 "Explosive and timely . . . Holm expertly balances weighty issues of national security with more intimate personal losses, and makes it clear that the best stories happen in the gray area between good and evil."—Publishers Weekly (starred review)
"A fast-moving novel . . . Entertaining . . . Readers will root for Hendricks, even though he's on the FBI's Most Wanted list, because he has a more solid moral code than your average murderer. A good choice for thriller fans."—Kirkus Reviews
PRAISE FOR THE KILLING KIND
"Here's a solid gold premise: an assassin who only kills other assassins. . . . The cat-and-mouse game that follows is pure joy. . . . This novel is so fast-moving, so expertly arranged, every piece fitting together with a well-oiled snap, that it feels weaponized. Read it. Or else."—Benjamin Percy, New York Times Book Review
"The novel brims with nice turns on genre conventions. . . . Good story, good action, some startling turns of phrase."—Booklist
"Like most people in Crime Fiction Land, I've been hearing about the talented Chris Holm for some time--and now I understand why. Red Right Hand is a rare treat--a tightly constructed, crisply written, fast-as-hell thriller. Strap in tight because the chapters whip by in a blur. Such is the view from a roller coaster."—Gregg Hurwitz, New York Times bestselling author of Orphan X