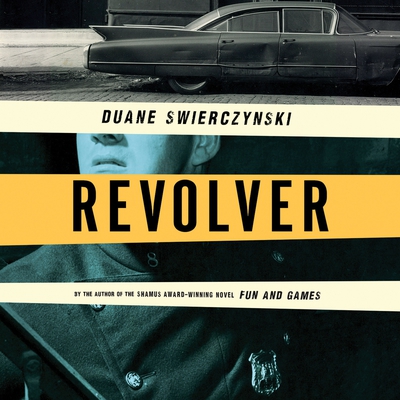 Philadelphia, 1965: Two street cops--one black, one white--are gunned down in a corner bar. One of the fallen officers, Stan Walczak, leaves behind a 12-year-old boy, Jimmy.

Philadelphia, 2015: Jim's daughter Audrey, a forensic science student, re-opens her grandfather's murder for a research paper. But as Audrey digs deeper, she comes to realize that Stanton probably didn't pull the trigger--and her father may have made a horrible mistake...

"Ambitious... This novel is dotted with fine details."—Kirkus Reviews
"Swierczynski just gets better and better . . . [A] bleak, powerful tale of corruption and the lasting effects of crime . . . Swierczynski's riskiest move yet [is] a resounding success, with each story line featuring full-blooded characters and intrigue that works both in its own right and in the larger context."—Booklist (starred review)
PRAISE FOR DUANE SWIERCZYNSKI
"If non-stop, cool action sequences with fun characters are your thing, you need to read some Swierczynski."—Wired
"[A] complex whodunit... Well-defined characters and a clever mystery... Swierczynski skillfully juggles three interrelated plot lines."—Publishers' Weekly
"Epic in scope... [and] keep[s] the reader ripping through pages. Revolver may very well be Swierczynski's strongest novel to date--and one of my favorites of 2016, so far--at least until he releases the next one."—LitReactor.com
"Duane Swierczynski writes the 'new noir,' full of bad choices, courage, and sudden disaster, all delivered at a breakneck pace."—Charlaine Harris, author of the bestselling Sookie Stackhouse novels, including Dead Ever After
"Swierczynski can set a constant, wicked pace."—Al Lubrano, Philadelphia Inquirer
"If you're looking for a good crime novel for your summer, this is a perfect choice... [Revolver is] gritty and gripping!"—BookRiot.com
"This guy is a great storyteller. I never know what he is going to come up with or where he is going to take me."—Michael Connelly