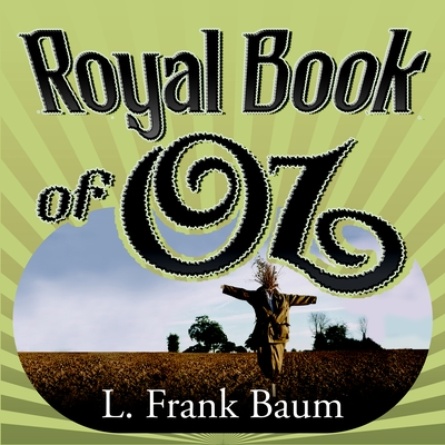 Scarecrow decides to go on an adventure to find out more about his past and ventures down below Oz to learn more. He winds up in the Land of the Silver Islands whose people resemble the Chinese and who greet him with cheers welcoming back the Emperor.

Scarecrow then begins learning about his unknown past life and his importance among the the people of the Silver Islands. While Scarecrow is away, Dorothy notices his absence and embarks on her own adventures to find him. United at last, they must work together to return to Oz.

L. Frank Baum (1856-1919) was an American author of children's books, most famous for his "The Wonderful Wizard of Oz." Baum wrote 13 sequels to his first Oz book and still has a huge fan base to this day. "The Royal Book of Oz" was the first book posthumously attributed to Baum, and was actually written by Ruth Plumly Thompson. It is the 15th book in the Oz series.