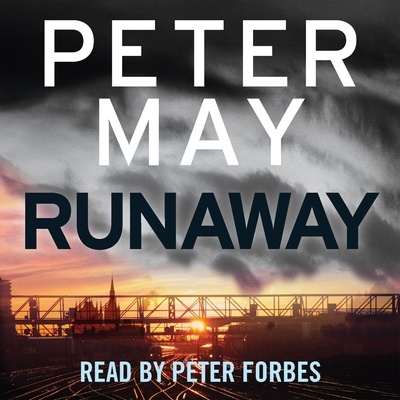 "A terrific read suffused with nostalgia and the burden of long suppressed guilt."—The Sunday Times
"An outstanding novel that speaks directly to the little voice within each of us: the voice that in our quieter moments sometimes asks "What if?""—Undiscovered Scotland
"The scents of regret and squandered promise suffuse this well-crafted crime novel, about a group of senior Glaswegians attempting to make amends for past sins."—Publishers Weekly
"May is going from strength to strength ... A wonderful exhibition of just how good May can be."—The Daily Mail

"Stretching the parameters of the genre, [Runaway] is as much a disquisition on friendship and the fragility of dreams as it is a thriller."—Financial Times
"For those who remember the Sixties, but aren't sure if they've taken their meds today, this tale of two nostalgia trips is for them; for others, it might seem akin to taking a road trip through unfamiliar terrain with their Uncle Pete, if it's kept in mind that Uncle Pete is a crackerjack storyteller."—Library Journal
"A well-told tale ... The two time streams are woven together skilfully and the book ends with an intensely moving glimmer of renewed hope."—The Spectator
"A real emotional edge to those regrets"—The Scotsman
"An excellent addition to [May's] multifarious back catalogue... My overarching reaction to this book is one of warmth. I loved the poignancy"—Raven Crime Reads
"The book is beautifully written, funny and poignant, and very different from any I have previously read by the versatile Peter May."—Literary Review