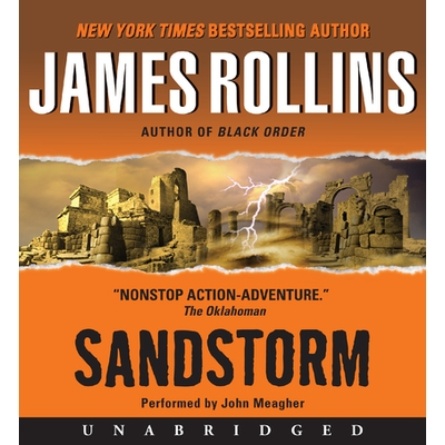 An inexplicable explosion rocks the antiquities collection of a London museum and the race begins to determine how it happened, why it happened, and what it means.

An inexplicable explosion rocks the antiquities collection of a London museum and the race begins to determine how it happened, why it happened, and what it means.

Lady Kara Kensington's family paid a high price in money and blood to found the gallery that now lies in ruins. Her search for answers leads Kara and her friend Safia al-Maaz, the gallery's curator, into a world they never dreamed existed. Evidence exposed by the tragedy suggests that Ubar, a lost city buried beneath the Arabian desert, is more than mere legend...and that something astonishing is waiting there.

The two extraordinary women and their guide, Omaha Dunn, are not the only ones being drawn to the desert. Former U.S. Navy SEAL Painter Crowe, a covert government operative and head of an elite counter-espionage team, is hunting down a dangerous turncoat and the trail is pointing him toward Ubar.

What is hidden below the sand is more than a valuable relic of ancient history. It is an ageless power that lives and breathes. Many lives have already been destroyed by ruthless agencies dedicated to guarding its mysteries and harnessing its might. The end may be at hand for Kara, Safia, Crowe, and all of the interlopers who wish to expose its mysteries, as it prepares to unleash the most terrible storm of all...