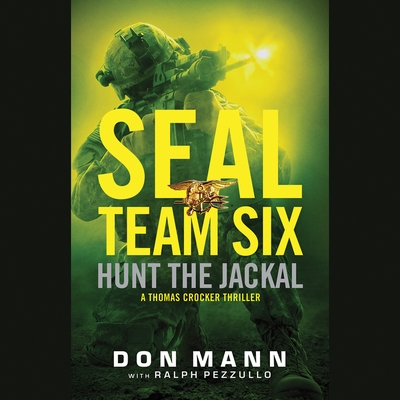 When a senator's wife and teenage daughter are kidnapped, Thomas Crocker and SEAL Team Six are sent to Mexico's lawless countryside, where federal agents protect violent narcotics kingpins instead of hunting them down. The two women have been taken by the Jackal, a drug lord drunk on power and influence. He also happens to be a self-styled modern Che Guevara, having undergone plastic surgery to disguise his looks and justifying his brutal methods and Machiavellian drug empire with the politics of social revolution. The Jackal is as ruthless as he is colorful, and he must be stopped.
Crocker and the SEALs have only a matter of hours to track down and rescue the two innocent civilians held at the mercy of this madman. With dirty cops, dangerous cartels, lavish tropical estates, double-crosses and plenty of bullets, Hunt the Jackal places the team in perilous new territory and demonstrates how elite warriors can adapt to and fight in any situation.
With insight into sensitive intelligence so top secret it can only be hinted at in fiction, Mann and Pezzullo have, over several books, used their extensive knowledge to offer a look behind the curtain at the life-or-death black-ops missions executed by a select handful of the bravest soldiers. Now, with Hunt the Jackal, the authors focus their lens even closer to home upon the dangers that lurk just across the U.S. border in a pulse-pounding thriller that ups the ante even as it sheds light on the real-life heroes and villains of the fight against narcoterrorism.