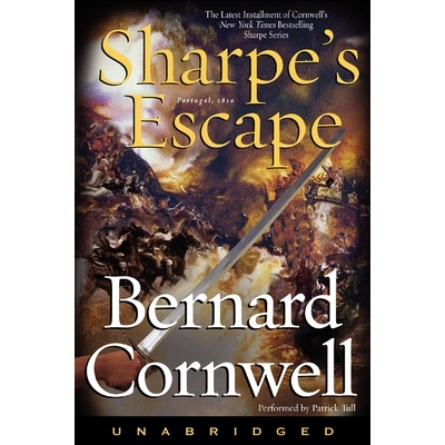 It is 1810, and in Napoleon's determination to conquer Portugal -- and push the British back to the sea -- he sends his largest army yet across the Spanish frontier. ...

It is 1810, and in Napoleon's determination to conquer Portugal -- and push the British back to the sea -- he sends his largest army yet across the Spanish frontier. But between the Portuguese border and Napoleon's seemingly certain victory are two obstacles -- a wasted land, stripped of food by Wellington's orders, and Captain Richard Sharpe.

But Sharpe is in trouble. The captain of the Light Company is threatened from inside and out: First by an incompetent British officer, who by virtue of family connections is temporarily given Sharpe's command. An even greater danger is posed by two corrupt Portuguese brothers -- Major Ferreira, a high-ranking officer in the army of Portugal, and his brother, nicknamed "Ferragus" (after a legendary Portuguese giant), who prefer to rule by crude physical strength and pure intimidation. Together the brothers have developed a devious plot to ingratiate themselves with the French invaders who are threatening to become Portugal's new rulers.

Sharpe's interference in the first stage of their plan earns the undying enmity of the brothers. Ferragus vows revenge and plots a merciless trap that seems certain to kill Sharpe and his intimates. As the city of Coimbra is burned and pillaged, Sharpe and his companions plot a daring escape, ensuring that Ferragus will follow on toward Lisbon, into the jaws of a snare laid by Wellington that is meant to be a daring and ingenious last stand against the invaders. There, beneath the British guns, Sharpe is reunited with his shattered but grateful company, and meets his enemies in a thrilling and decisive fight.