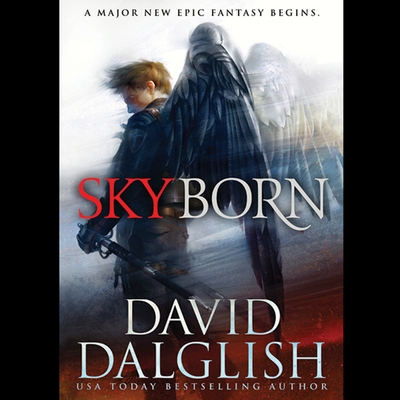 "Strong characterization as well as detailed action...a believable tale of a young man's coming-of-age and the difficult decisions he must make. His saga should appeal to fans of R.A. Salvatore and Richard Lee Byers."—Library Journal on A Dance of Cloaks
"Fast, furious, and fabulous."—Michael Sullivan, author of Theft of Swords on A Dance of Cloaks
"[A] winning combination of A Game of Thrones, sword-and-sorcery RPGS, and vivid description...Dalglish puts familiar pieces together with a freshness and pleasure that are contagious." —Publishers Weekly on A Dance of Cloaks
"A soaring tale that nails the high notes. Skyborn had me gazing heavenward, imagining what could be."—Jay Posey, author of Three, on Skyborn
"[A]n intriguing premise ... has lovely and sometimes harrowing imagery."—RT Book Reviews on Skyborn
"Once you pick up Skyborn you won't want to put it down...I expect this series to fly off the shelves."—Kelly McCullough
"Dalglish...begins a fresh epic fantasy series with a richly imagined world...Dalglish's high-flying action sequences are crisp and exciting, and he sets the stage for book two with a solid ending that will have readers eager for the next installment."—Booklist on Skyborn
"A must-read for fans of Michael Sullivan and Brent Weeks."—Library Journal on Skyborn
"A high-flying, dynamic adventure [that] soars confidently and will appeal to teens and adult audiences alike."—Publishers Weekly (starred review) on Skyborn
"Dalglish concocts a heady cocktail of energy, breakneck pace, and excitement that a reader could get drunk on."—Sam Sykes, author of Tome of the Undergates on A Dance of Cloaks