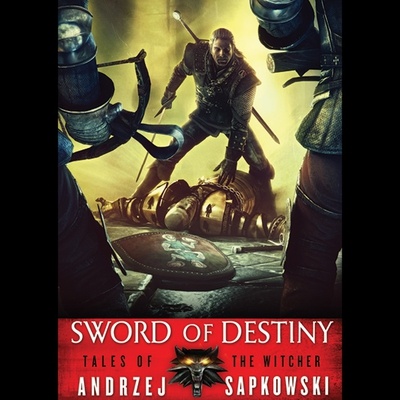 This is a collection of short stories, following the adventures of the hit collection THE LAST WISH. Join Geralt as he battles monsters, demons and prejudices alike...
The Witcher series The Last WishThe Sword of Destiny Blood of ElvesThe Time of ContemptBaptism of Fire
The Malady and Other Stories: An Andrzej Sapkowski Sampler (e-only)

"The character interplay is complex, unsentimental and anchored in brutal shared history. All bodes well for twisty plotting to come."—SFX
"The Witcher delivers one of the most intense and rewarding role-playing experiences this year."—GT Reviews on The Witcher video game
"Sapkowski revitalizes the genre with energetic and compelling writing. A breath of fresh air in a well-worn genre. Don't miss it!"—Dreamwatch (UK)
"Like Mieville and Gaiman, Sapkowski takes the old and makes it new."—Foundation (UK)
"New battle mechanics, a fantastic storyline, and a gritty setting make The Witcher one of the most engrossing, mature RPGs to arrive on the PC in years."—Gamespot.com on The Witcher video game