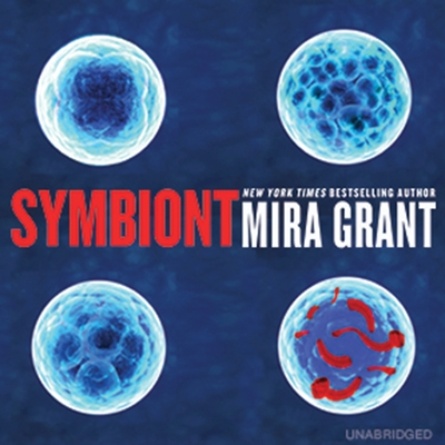 THE ENEMY IS INSIDE US.
The SymboGen designed tapeworms were created to relieve humanity of disease and sickness. But the implants in the majority of the world's population began attacking their hosts, turning them into a ravenous horde.
Now those who do not appear to be afflicted are being gathered for quarantine as panic spreads, but Sal and her companions must discover how the tapeworms are taking over their hosts, what their eventual goal is, and how they can be stopped.

ParasitologyParasiteSymbiont Chimera
For more from Mira Grant, check out:
Newsflesh FeedDeadlineBlackout
Newsflesh Short Fiction Apocalypse Scenario #683: The BoxCountdownSan Diego 2014: The Last Stand of the California BrowncoatsHow Green This Land, How Blue This SeaThe Day the Dead Came to Show and TellPlease Do Not Taunt the Octopus

"A riveting near-future medical thriller that reads like the genetically-engineered love child of Robin Cook and Michael Crichton."—John Joseph Adam on Parasite
"Deft cultural touches, intriguing science, and amped-up action will delight Grant's numerous fans."—Publishers Weekly on Deadline
"Grant extends the zombie theme of her Newsflesh trilogy to incorporate thoughtful reflections on biomedical issues that are both ominously challenging and eerily plausible. Sally is a complex, compassionate character, well suited to this exploration of trust, uncertainty, and the price of progress."—Publishers Weekly on Parasite
"It's a well-grounded medical wariness that gets at the heart of the what the Parasitology series will be asking: What happens when the cure is worse than the disease?"—NPR Books on Parasite
"Fans of [the Newsflesh] series will definitely want to check this new book out. But fans of Michael Crichton-style technothrillers will be equally enthralled: as wild as Grant's premise is, the novel is firmly anchored in real-world science and technology."—Booklist on Parasite
"An exceptionally creepy medical-horror thriller that's the perfect spine-tingling read for Halloween...[a] roller coaster ride."—RT Book Reviews on Parasite (4 1/2 stars)
"Readers with strong stomachs will welcome this unusual take on the future."—Kirkus Reviews on Parasite
"A masterpiece of suspense."—Publishers Weekly on Feed (Starred Review)
"The zombie novel Robert A. Heinlein might have written."—Sci-Fi Magazine on Feed