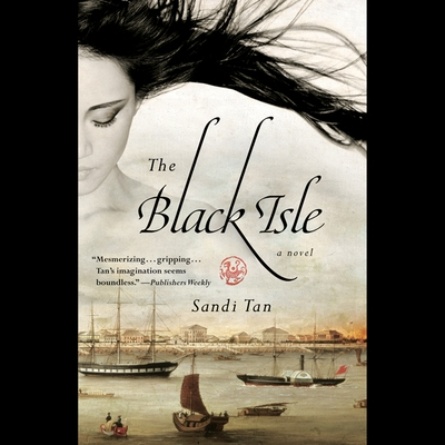 Uprooted from Shanghai with her father and twin brother, young Cassandra finds the Black Isle's bustling, immigrant-filled seaport, swampy jungle, and grand rubber plantations a sharp contrast to the city of her childhood. And she soon makes another discovery: the Black Isle is swarming with ghosts.

Haunted and lonely, Cassandra at first tries to ignore her ability to see the restless apparitions that drift down the street and crouch in cold corners at school. Yet despite her struggles with these spirits, Cassandra comes to love her troubled new home. And soon, she attracts the notice of a dangerously charismatic man.

Even as she becomes a fearless young woman, the Isle's dark forces won't let her go. War is looming, and Cassandra wonders if her unique gift might be her beloved island's only chance for salvation . . .

Taking readers from the 1920s, through the Japanese occupation during WWII, to the Isle's radical transformation into a gleaming cosmopolitan city, THE BLACK ISLE is a sweeping epic--a deeply imagined, fiercely original tale from a vibrant new voice in fiction.

"Rich in vivid characters, and written with great imagination and intelligence, The Black Isle is a remarkable novel. A haunting book, mesmerizing in its beauty, which stayed with me long after I finished the last page."—Judith Freeman, author of The Long Embrace and Red Water
"On The Black Isle, a young woman grows old with the Twentieth Century, haunting her own life as history conspires to render her a secret. Sweeping in scope, impressively imagined, ruthlessly readable."—Steve Erickson, author of These Dreams of You
"The narrator of The Black Isle recounts her tales of fantastic events -- erotic, supernatural, horrific -- so convincingly that Tarot cards might as well be baseball cards in her book. An irresistible feat of storytelling, The Black Isle blends what Midnight's Children did for the former Bombay with what Dorothy did for Oz."—Tom Carson, author of Gilligan's Wake and Daisy Buchanan's Daughter