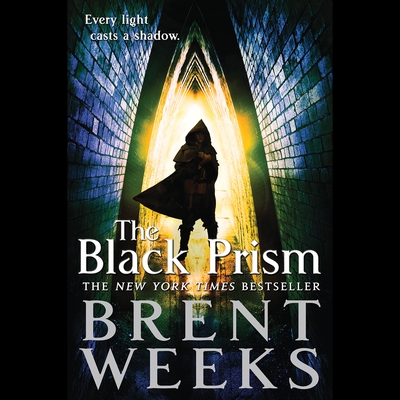 But when Guile discovers he has a son, born in a far kingdom after the war that put him in power, he must decide how much he's willing to pay to protect a secret that could tear his world apart.

"Brent Weeks is so good it's starting to tick me off."—Peter V. Brett, New York Times bestselling author of The Desert Spear
"Weeks manages to ring new tunes on...old bells, letting a deep background slowly reveal its secrets and presenting his characters in a realistically flawed and human way."—Publishers Weekly on The Black Prism
"The Blinding Knife is a wonderful work of high fantasy with engaging characters facing the perfect antagonists, set in a creatively-wrought and increasingly chaotic world brimful of imaginative magic and interesting politics. Weeks holds fast to the traditions of his genre while adding a compelling new flavor."—The Ranting Dragon
"One of the best fantasies I've ever read."—Staffer's Book Review on The Blinding Knife