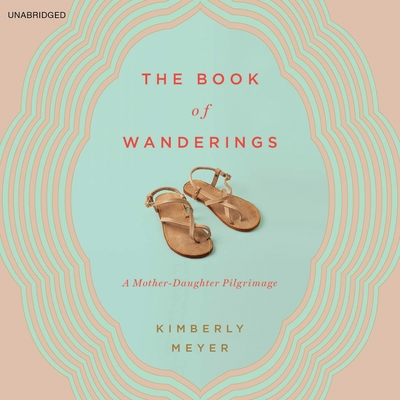 When Kimberly Meyer gave birth to her first daughter, Ellie, during her senior year of college, the bohemian life of exploration she had once imagined for herself was lost in the responsibilities of single motherhood. For years, both mother and daughter were haunted by how Ellie came into being-Kimberly through a restless ache for the world beyond, Ellie through a fear of abandonment.

Longing to bond with Ellie, now a college student, and longing, too, to rediscover herself, Kimberly sets off with her daughter on a quest for meaning across the globe. Leaving behind the rhythms of ordinary life in Houston, Texas, they dedicate a summer to retracing the footsteps of Felix Fabri, a medieval Dominican friar whose written account of his travels resonates with Kimberly. Their mother-daughter pilgrimage takes them to exotic destinations infused with mystery, spirituality, and rich history-from Venice to the Mediterranean through Greece and partitioned Cyprus, to Israel and across the Sinai Desert with Bedouin guides, to the Palestinian territories and to Cairo and Alexandria in Egypt.

In spare and gorgeous prose, The Book of Wanderings tells the story of Kimberly and Ellie's journey, and of the intimate, lasting bond they forge along the way. A meditation on stripping away the distractions, on simplicity, on how to live, this is a vibrant memoir with the power to both transport readers to far-off lands and to bring them in closer connection with themselves. It will appeal to anyone who has contemplated the road not taken, who has experienced the gnawing feeling that there is something more, who has faced the void-of offspring leaving, of mortality looming, of searching for someplace that feels, finally, like home.

"The Book of Wanderings is about both the intrinsically private and the universally enduring need for pilgrimage: to the sites that restore and reward, to the experience of wondering and wandering and connecting, whether with family or the whole human race. Meyer brings this insatiable urge to pursue enlightenment of the journey home to the reader. Home to the ordinary suburban American in the very chaotic 21st century. There's no one who won't recognize some aspect of herself in these pages. They offer insights both mystical and practical. It is a book to cherish."—Antonya Nelson, author of Bound and Funny Once