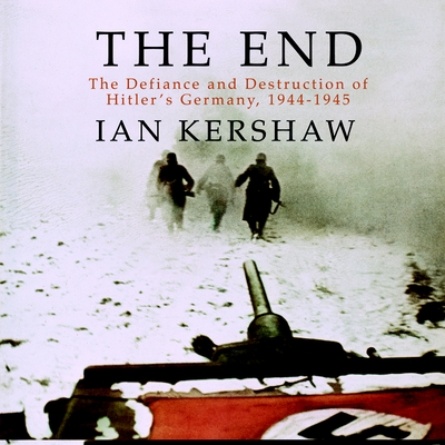 Drawing on original testimony from ordinary Germans and arch-Nazis alike, award-winning historian Ian Kershaw explores this fascinating question in a gripping and focused narrative that begins with the failed bomb plot in July 1944 and ends with the German capitulation in May 1945. Hitler, desperate to avoid a repeat of the "disgraceful" German surrender in 1918, was of course critical to the Third Reich's fanatical determination, but his power was sustained only because those below him were unable, or unwilling, to challenge it. Even as the military situation grew increasingly hopeless, Wehrmacht generals fought on, their orders largely obeyed, and the regime continued its ruthless persecution of Jews, prisoners, and foreign workers.

Based on prodigious new research, Kershaw's The End is a harrowing yet enthralling portrait of the Third Reich in its last desperate gasps.